Considering a career transition or graduating college without a clue as to what’s next?

Chris Cash and Bill Murphy know from experience, how one small change can influence the course of your life. Director and Assistant Director of Apprenticeship respectively, Cash and Murphy can tell you it’s because that’s exactly what becoming a part of Washington, D.C.’s International Brotherhood of Electrical Workers, Local Union 26 (IBEW Local 26) did for them. Contrary to its name in some respects, IBEW Local 26 is the kind of place that welcomes with open arms, anyone and everyone who is willing to learn and imagine. Imagine a future of stability, of coworkers who become family, of coming home at the end of long, fulfilling days and having time to spend with the people you love. Of continuing to grow and advance in your career and seeing that growth in compensation and knowledge of an industry you love. And that also means there is no one size fits all when it comes to those who might excel in this field.

“The ideal apprentice is someone who is at the point where they are looking for a career,” said Assistant Director of Apprenticeship, Bill Murphy. “We have people who are working (in the electrical field) as a job but we are really looking for somebody who is looking to make it a fulltime, lifelong career.”

In the apprenticeship program, both Cash and Murphy know the ideal apprentice isn’t someone with all the answers or even with any experience, but instead someone who’s willing to put the time in it takes to learn them. And for those who are willing, there are in turn, tons of benefits. Apprentices’ are paid while in the program, meaning there’s no post-graduation debt. To off-set the cost, apprentices spend one day out of every two weeks in school and the rest learning tactical training on the job. As graduates of the program themselves both Murphy and Cash had different experiences prior to joining. Murphy always knew college wasn’t for him, while Cash tried college for two years before running out of money.

“After that, I reached out to the International Brotherhood of Electrical Workers, I applied to the apprenticeship, I got in at 20 years old and after the five years (in the program), I made more than both my parents combined,” said Director of Apprenticeship, Chris Cash.

And both Cash and Murphy will be the first to tell you that while the benefits are a huge selling point for many, that doesn’t mean the program is necessarily for everyone. For example, Bill Murphy is very specific about the kind of time and the amount of work involved in being an apprentice for IBEW Local 26. He says they’re looking for someone with dedication, initiative and motivation.

Chris Cash, Director of Apprenticeship, feels similarly about the kinds of candidates IBEW Local 26 is looking to attract.

“I don’t know that you could actually slate out the ideal apprentice. We need everybody so we’re an entry level program and the ideal apprentice would be someone that can show up to work on time every day (probably one of our biggest problems) and be able to communicate well with others and be able to deal well with diversity out on the job site.”

A day in the life of an apprentice in the beginning looks a little like the alarm clock going off around 4:30, a half hour to 45 minute commute, assimilation into a crew and working with a journey person serving in an entry level position to help in a team setting. At the end of the day, the reward is being able to step away and see the work that’s been done and feel a sense of fulfillment of projects getting completed. Going to school, studying new material and preparing for tests or new lessons are all part of moving forward in the program year after year as well.

And while the name “International Brotherhood” may be a bit misleading, it’s important to both Murphy and Cash that women and those outside the traditional gender norms see this program as a possibility for themselves also.

“You can’t have brotherhood without the word ‘her” in the middle, so we do have ladies out there working in the trade just as hard as we do and we would love to have more in the trade so that we can be even more diverse,” said Cash.

Murphy, who started the apprenticeship with the first class to allow women into the trade says that since then it has evolved significantly in part because of their contributions.

“The addition of women has been nothing but a plus. They bring a diversity of thinking, different attitudes and opinions and they really give us the ability to challenge ourselves to be able to work with everyone regardless of gender out on the jobs,” said Murphy.

And as for the career opportunities that could proceed the program? Both Cash and Murphy say it just depends where you want to go!

The hands on element and the job experience with this program are different from what you would get with any four-year college degree. And the benefits of those in the program or who have completed the program include but aren’t limited to the following:

And in addition, Bill Murphy lays out each of the apprenticeship years by what is learned and taught. Each of the five years in the program covers different topics and skills.

For example in year one, there is orientation and safety training as well as a lot of general topics, learning of terms and basic hands on skills that will lay the foundation for future skills. In year two, apprentice’s progress to deeper theory, they get into Alternating Current (AC) versus Direct Current (DC), they will begin to get into the codebooks and get more familiar with materials that might be used on a job site. From there, in year three they can begin applying the skills they’ve learned in a more tactical way by solving calculations, sizing wires, looking at transformers and electrical systems as a whole. And with year four comes learning about motor control and more thorough safety training so that in year five when looking at whole systems, apprentices can start to determine where they feel their skills may be best utilized and whether or not there may be certain specialties that make the most sense for them. They begin preparing to be a journey person and not just an apprentice.

“I don’t know that I would have been able to do all the things I’ve done in life without the IBEW. Not only does it provide a good living, stability, a career but I came from poverty where without this I don’t know where I would be today. So it’s given me an opportunity to change the track of life from generations to generations to come. My kids will have a little bit better and hopefully their kids will have a little bit better and that I can attribute directly to the IBEW,” said Cash.

Murphy shares the accomplishments he was also able to make as a result of his involvement in the apprenticeship program.

“This program set me off on a great foot in life. Very early on I was able to purchase my own vehicle, before I graduated the apprenticeship I had purchased my own house. As I graduated and continued working in the field I was able to meet my wife and offer her a lifestyle that she was comfortable with. I was able to raise a family of four girls, to be able to put them through college and to be able to reap the benefits of the work. To be able to enjoy nice vacations and holidays, to be able to be financially secure where I don’t have to worry where my next paycheck is coming from. To also be secure in the fact that the training that I have received makes me employable in many areas, I can go into an office, I can work in computers, I can manage crews in the field, I could open a contracting company if that’s what I chose to do. I could parlay this into a safety position somewhere. So that with the skillset I’ve acquired I consider myself more employable now than I’ve ever been before,” said Murphy.

Post completion of the program, apprentices are given journeyman status and expected to know and be able to perform all the necessary skills involved in electrical work. But learning never stops, because even in the months after the apprenticeship, the technology evolves, the code might change, the job sites are different and everything presents a unique challenge the same way it did as an apprentice. And as graduates go up the chain in the field, they have the opportunity to pursue a variety of career trajectories. They could get foremanship positions which could translate into office positions as estimators or project managers, they could get into CAD and coordination and specialize in many different areas within the field.

“Other career paths could be like myself,” says Cash. “I worked out in the field for 17 years but then I decided to be an instructor, so I chose that career path. I was an instructor for 10 years and then I chose to come up the chain and now I’ve been the director here (at IBEW Local 26) for five years. So there’s so many things you can do! Owner, project manager, superintendents in any type of field from fire alarm to vehicle charging stations, there’s so many paths they can take and graduating the apprenticeship program is just the beginning.”

And for those looking to get started in fulfilling career right out of high school or potentially looking to make a transition into something new, both Cash and Murphy have some words of advice.

“Give us a shot. You’ll never hear me bash college, I think college is great for some people but we want to be the alternative. If college isn’t for you and you want to find a  different alternative to college, our curriculum will challenge you,” said Cash.

“I would tell them to be sure of what they want. This is certainly not a sprint, it is a marathon. And because it is a lifelong career, it is something that you’ve got to commit yourself to. Some days will be better than others, some jobs will be better than others but each of them possesses a challenge, a skill that needs to be learned, a problem that needs to be solved, a goal that has to be attained and to get up every day with the idea that you are going to make today better than yesterday and follow through with it.” Said Murphy. 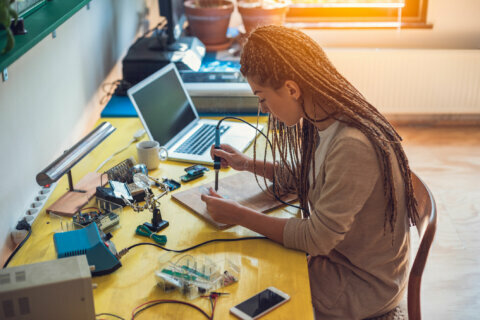 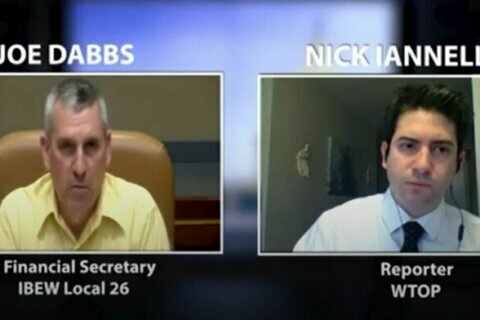 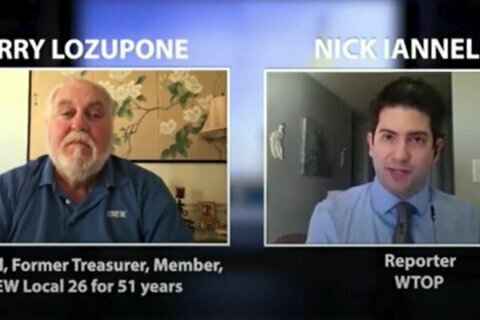 Benefits from IBEW Local 26 allow you to retire with ‘dignity’