Moira Akers, 41, of Columbia, could face up to life in prison after she was found guilty in the 2018 death of her newborn baby.
Listen now to WTOP News WTOP.com | Alexa | Google Home | WTOP App | 103.5 FM

A Howard County, Maryland, woman could face up to life in prison after she was found guilty in the 2018 death of her newborn son.

Moira Akers, 41, of Columbia, was found guilty of second-degree murder and first-degree child abuse by a Howard County Circuit Court jury on Wednesday.

Howard County Police responded to Howard County General Hospital on Nov. 1, 2018, after she was transported from her home by paramedics.

While being transported to the hospital, she did not disclose the birth of her newborn to Howard County Fire & EMS personnel who responded to treat her.

The Howard County State’s Attorney’s Office said an investigation determined that Akers had recently given birth inside her home, and when investigators responded to her home for a welfare check on the baby, the baby boy was found dead inside a zipped plastic bag located under a blanket in a closet behind a closed door.

Although Akers told authorities the baby was stillborn, an autopsy performed the next day and issued in March 2019 classified the death as a homicide.

The infant was a healthy, full-term baby and alive at birth, according to the autopsy report, and the cause of death was declared as asphyxiation and exposure.

Howard County State’s Attorney Rich Gibson called the case “truly one of the most difficult cases my office has ever had to prosecute because we had the burden of proving the baby was born alive.”

Gibson, who called Akers’ actions “egregious and unconscionable,” and said his office is “grateful that the jury found Ms. Akers guilty of this heinous crime and we were able to obtain justice for Baby Akers.”

Akers could face up to life in prison when she is sentenced on July 29. 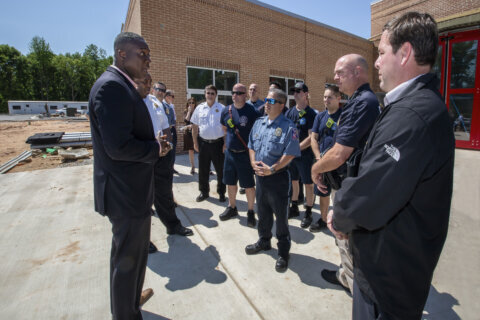