From Wordle to sweets, holiday gift ideas for the grown-ups

Adults. They need toys, too. From sweet treats to things with wheels, some ideas for pleasing a child at heart this holiday season.
Listen now to WTOP News WTOP.com | Alexa | Google Home | WTOP App | 103.5 FM
(1/15) 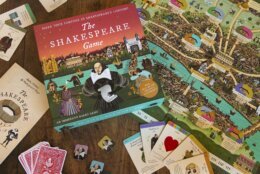 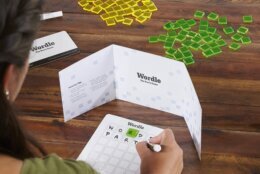 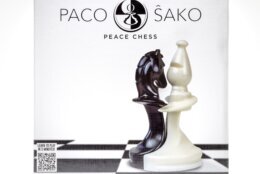 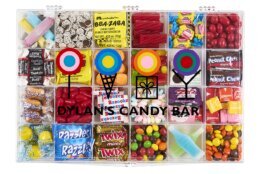 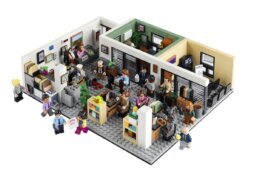 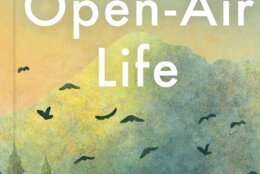 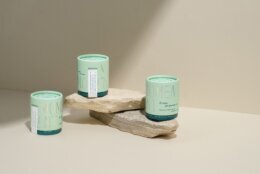 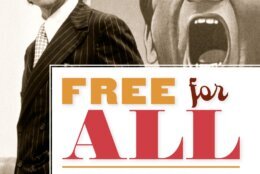 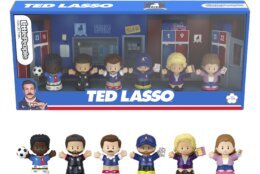 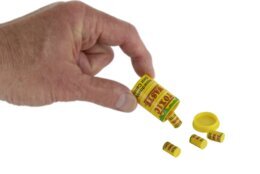 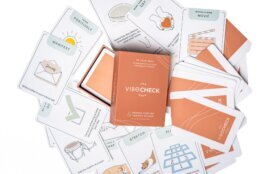 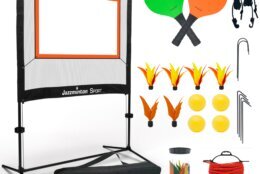 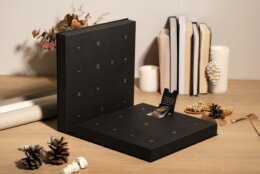 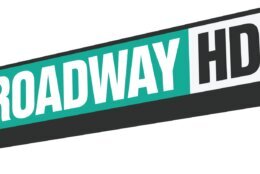 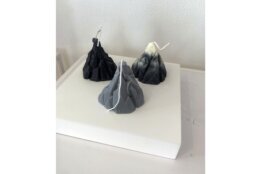 NEW YORK (AP) — Adults. They, too, need fun stuff for the holidays.

From sweet treats to things with wheels, some ideas for pleasing a child at heart this holiday season:

The Shakespeare Game: This bard-in-a-box extravaganza has players collecting characters and racing around London’s theaters. The idea is to put on as many plays as possible before others “steal your ideas, burn down your theaters or spread the plague!” The winner rakes in the most box office bucks and is the fastest to fame and glory. $35.

Wordle: The Party Game. Did you see it coming? Hasbro and The New York Times have made the get-it-in-six daily treat a board game. In each round, a player picked as host writes down a five-letter word. Others must figure it out in, you guessed it, six tries, competing to do it in the least number of attempts. Dry erase boards and familiar color coding are used. $19.99.

Paco Sako: This chess variant was originally the subject of a Kickstarter by Felix Albers, the Dutch dad who created it. Played on a regular chess board with regular chess pieces, there are unions that look like hugs and the winner “embraces” the opponent’s king, as opposed to capturing it. Pieces move the same as in chess but generally don’t leave the board. Still don’t get it? Have a look at reviews and how-tos before you plunk down $49.99.

Dylan’s Candy Bar is a sugary, gifty playground year round, and especially at the holidays. The company’s clear plastic tackle boxes offer a little something for everybody. There’s one for $125 full of festive, shiny-wrapped candy bling. Another for $85 is a trip down memory lane for boomers with Zots, Mallo Cups, Chick-O-Sticks and more. Millennials have their own sour feast at the same price.

Got a licorice lover? The Danish confectionery Lakrids by Bulow has brought back their Advent calendar filled with 24 days of licorice covered in chocolate. I repeat. Licorice encased in chocolate, with flavors like raspberry and salted caramel. The goodness comes in a sleek, black-and-white packaging design. $55.

A prize baseball card. A treasured stamp or coin. Figurines, vintage kitchenware. Surely you know at least one gift recipient with a collection of some sort. No? Then go the way of TikTok and embrace minis. They’re everywhere in those round wrapped eggs and other mystery containers (You never know which mini in a set you’ll get). For the truly obsessed, one company makes minis in minis featuring beloved candy brands. Those aren’t actually edible. $7.99.

Feeding the taste for nostalgia, Build-a-Bear has launched “The Bear Cave” line of plush bears and other characters partaking of Champagne, cocktails and beer. All are under $60.

The American icon Schwinn makes something called the Shuffle Deluxe Scooter. It has two wheels and bicycle-like handlebars but retains scooter status with a nostalgic wood step board. With kickstand. $249. Razor recently launched the Razor Icon. It’s bigger, faster and electric.

If scooters aren’t how your giftees roll, try a longboard. They’re everywhere. Koastals are plentiful and come in a range of prices and designs. They’re handcrafted in Southern California. From $99 to $280. Buy complete or customize.

At $129.99 a year, the streaming service BroadwayHD serves up full-length stage plays and musicals, including exclusive livestreams. It’s an unlimited, on-demand library of more than 300 theater productions from Broadway, the West End and beyond. Some ballets and concerts, too. Not looking to spend that much? Buy a month or two at $11.99 each.

Or you could pick up an original cast recording of a favorite musical, or a biography on a theater legend. “Free for All: Joe Papp, The Public, and the Greatest Theater Story Ever Told ” by Kenneth Turan and Papp himself holds up. It’s been out since 2009 so shop around for a good price.

Can’t think of anything unusual? Research and reach for a special bottle. There are too many variables and options for too many palates to make one solid recommendation, but special splurges abound. Consider Garrison Brothers Distillery for bourbon. It has a range of price points.

Look for “premier cru” or “grand cru” on Champagne labels noting top vineyards, as in the Krug Grande Cuvée Brut. It’s in the $180 range. Got a wine buff? How about the 2019 Insignia from the Napa Valley Joseph Phelps Vineyards. $330.

For whatever reason, considering all the Lego sets and all the TV shows in the land, folks are frothing for Lego’s 1,164-piece set based on the Emmy-winning “The Office.” It’s Dunder Mifflin down to the tiniest detail and includes 15 mini-figures of the show’s main characters. A dozen of the figures have two facial expressions when the heads are turned around. Classic scenes come to life in Jim’s teapot, Michael’s World’s Best Boss mug and Dwight’s Jell-O-encased stapler. $119.99.

Lots of big-kid sets are out there if this one doesn’t do it. Among the Lego Ideas sets: a manual typewriter, the “Seinfeld” apartment set and a shoutout to “The Flintstones.”

Remember the cozy hygge phenom? Well, the Scandinavian concept of friluftsliv (roughly FREE-loofts-leeve) is another Nordic secret that’s spreading. It’s the idea of enjoying slow nature, and being kind to the Earth. Swedish-American Linda Akeson McGurk has written a book, “The Open-Air Life,” sharing the 10 principles of friluftsliv. She explains how to make a more meaningful relationship with the great outdoors. $20.

Searches for all things sporty chic, mountainside-style, are up on Etsy, said Dayna Isom Johnson, the handmade marketplace’s trend expert. Sellers there, and their buyers, are “looking to the mountains and snowy caps for inspiration,” she said. That includes folks looking for vintage ski gear.

A cheaper alternative to feed the outdoor trend? One Etsy seller, Cai Cai Handmade, offers mountain soy and beeswax candles that can be customized by color and scent, including pine forest.

To further friluftsliv a female giftee, wrap up some Moment mints by MotherBar. They’re nearly 100% organic and each includes 40 mg of full-spectrum CBD, along with Szechuan flower, peppermint and Bulgarian rose. $65 for 10. Recommended to start with one at a time, but who’s counting. The packaging and marketing are gender specific.

Know somebody who needs a little help shaking off their pandemic funk?

Gift a card deck of affirmations and good vibes. Two sisters, Shanna Cancino and Cherish Wilson, have created The Vibe Check Deck of 52 cards with prompts to help people perk up. Such as: “Give someone a hug for 20 seconds” and “Explore your senses. Name five things you see, four things you feel, three things you hear, two things you smell, one thing you taste.” Not feeling those? How about: “Send a positive wish to your water and drink.” Surely, your gift recipient will at least smile, wryly or otherwise. $29.99.

Tarot decks are bountiful. For beginners, Clarkson Potter sells “Illuminated: A Journal for Your Tarot Practice.” It offers ways to more meaningfully engage with a deck and log observations and reflections. $16.

Move over pickleball, Jazzminton Sport is on your tail. It’s an indoor-outdoor game played with paddles and birdies and a unique net with a horizontal cut out. There are no boundaries. No court is required. Set up is simple. Two people play. Just bat the birdie back and forth through the hole until the winner reaches an agreed-upon point number. $199.99.

If one net isn’t enough, go for four with Crossnet. It’s a four-square-meets-volleyball game for indoors, outdoors, on sand or concrete, in water or on grass. Play is, uh, complicated. In a nutshell: Four people are up or break into teams of two. Play goes around one hit per return across four nets until the ball hits the ground or goes out of bounds. People are rotated in and out. The net height is adjustable. $149.99 at Crossnetgame.com. 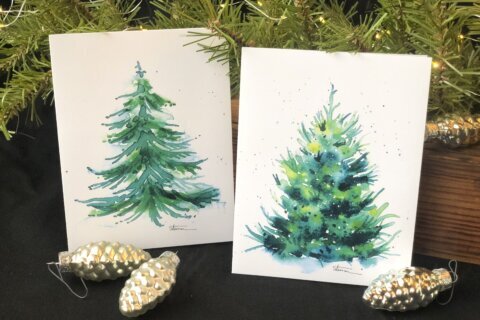 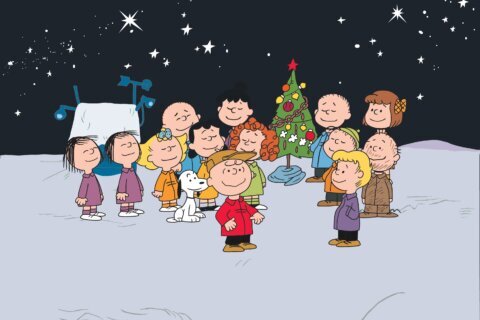