Inflation drives up Passover food prices for US Jews

Shopping for Passover on a recent day at a kosher supermarket in the Hasidic Jewish section of Brooklyn’s Williamsburg neighborhood, Moshe Werzberger worried about how inflation is driving up prices during one of the most important holidays for Jews.
Listen now to WTOP News WTOP.com | Alexa | Google Home | WTOP App | 103.5 FM

NEW YORK (AP) — Shopping for Passover on a recent day at a kosher supermarket in the Hasidic Jewish section of Brooklyn’s Williamsburg neighborhood, Moshe Werzberger worried about how inflation is driving up prices during one of the most important holidays for Jews.

“It affects us very much,” said the 23-year-old, who recently canceled plans to vacation in Florida with his wife and 2-year-old son because of skyrocketing prices. Inflation has become a main topic of debate for worshippers at his synagogue and also in his extended family as they share the celebratory Passover meals, Seders.

“It just keeps on going up and up …” he said as announcements rang out in Yiddish on the store’s intercom. “And at some point it’s going to have to stop, or no one is going to be able to afford to go shopping.”

As households feel the squeeze of surging consumer prices, some U.S. Jewish families observing Passover have struggled to pay for eggs, gefilte fish and the unleavened bread known as matzo, which represents their ancestors’ exodus from slavery in Egypt.

The need is so great that the Met Council, which runs the country’s largest kosher food pantry, expects to supply a record of nearly 3 million pounds of food in Passover packages and $500,000 in emergency food cards among the Jewish community in greater New York City and New Jersey.

“We’ve been doing charitable work for 50 years, and we’ve never seen anything like this,” said David Greenfield, the council’s executive director. He added that there’s “no question” that hundreds of thousands of families are eating less meat during Passover, which this year falls from April 15 to 23.

Grocery prices rose 10% in March on a year-on-year basis — the most in 41 years — driven by higher prices for poultry, fish, eggs, beef and other meats.

The reasons for the surge vary: supply chain snags, unfavorable weather and rising energy prices. The latter, driven by Russia’s war against Ukraine, pushed wholesale prices up a record 11.2% last month from a year earlier. Transportation problems are weighing on food imports, particularly seeds and other items that produce oils.

The only thing likely to put a dent in inflationary pressures is the Federal Reserve cutting interest rates, said Laura Veldkamp, a professor of finance and economics at Columbia University. But families suffering sticker shock from shopping for Seders can’t expect a respite anytime soon.

“Last year there were a number of government subsidies and programs that people were able to tap into,” said Yitzy Weinberg, executive director of Flatbush Community Fund, a Brooklyn-based charity. “But this year the COVID subsidies are over, and between that and inflation, it was a double whammy that hit working families when they needed it the most.”

Weinberg’s organization has distributed food, grocery cards and checks to more than 1,100 families this Passover, up from 850 last year.

Diana Kogan, director of Caring for Jews in Need, an initiative of the Jewish Federation of Greater Los Angeles, said inflation and shortages have been “a huge issue” for Jewish groups in Southern California that provide holiday food packages to vulnerable communities including older adults, Holocaust survivors and people without housing.

Kogan said groups such as Jewish Family Service of LA and Tomchei LA have been stockpiling food since before Passover, buying items when they are on sale. But that has created a need for storage space, freezers and generators.

Meanwhile some organizations that hand out both food packets and gift cards during Passover are finding that people often prefer to get the packets.

“That’s because the prices of items are so high,” Kogan said. “The gift cards don’t go too far.”

Kosher products tend to be slightly more expensive. But Passover products are even costlier, according to the Met Council’s Greenfield, because there needs to be an extra certification that there’s no there’s no leavening or bread involved.

“Passover is the most expensive time of the year for someone who keeps kosher,” he said.

Back at the supermarket in Brooklyn, Eliot Spitzer, perused the vegetable aisle with two of his seven children, 9-year-old Faigy and 11-year-old Abba. His family hosted a Seder for 14 people at their home, and he said high prices have made things tough for everyone this Passover.

This story has been corrected to fix the spelling of Tomchei LA. 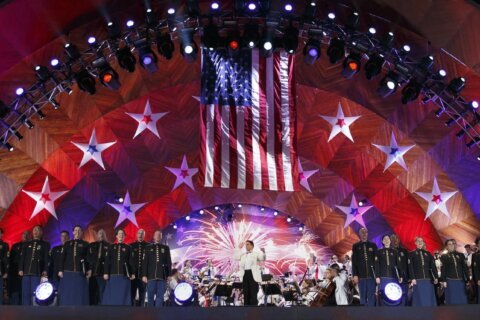 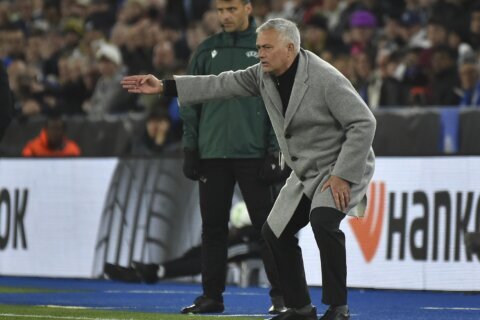