Advice on coping with the fear that mass shootings can inspire

This week's events have shown that people are on edge after the most recent mass shootings. A psychology professor talks to WTOP about how people can cope.
Listen now to WTOP News WTOP.com | Alexa | Google Home | WTOP App | 103.5 FM
download audio
Dr. Heather Littleton, a psychology professor at East Carolina University, speaks with WTOP (Teta Alim)

There’s no question about it: The nation is on edge.

Not only have there been three mass shootings in less than two weeks, but even the false alarms show how shaken people are.

The sound of a motorcycle backfiring in New York’s Times Square sent thousands of people running earlier this week. And on Wednesday, the Gannett building, in Northern Virginia, was evacuated and a heavy police presence descended after the report of a man with a gun, which turned out to be false.

This reaction is not a surprise: Dr. Heather Littleton, a psychology professor at East Carolina University, told WTOP that mass shootings affect the entire community.

“We think about some of these traumas … as communal events. So, they don’t just affect the direct victims, but the whole community,” Littleton said.

Especially when they happen at a garlic festival, a Walmart or a nightclub: They happen “in places where people tend to go in their everyday life,” she said.

People who have anxiety and depression already will have a harder time adjusting to this kind of trauma, Littleton said. If you’ve seen a therapist before, it might be time to call for another appointment.

It’s important to talk about planning in the event of an emergency, especially with children, Littleton said, but at the same time, it must be borne in mind that mass shootings are relatively rare.

“You have to find a careful balance, especially when you’re talking [to] children. … Are you giving them information that’s going to help them in the unlikely event that something occurs, or are you just heightening their fears that something is going to happen?”

It’s important to take a child’s developmental level into consideration, Littleton said. For a young person, it might suffice to say, “If something bad happens, we would go into this little room and we would stay there until they tell us it’s safe to come out.” 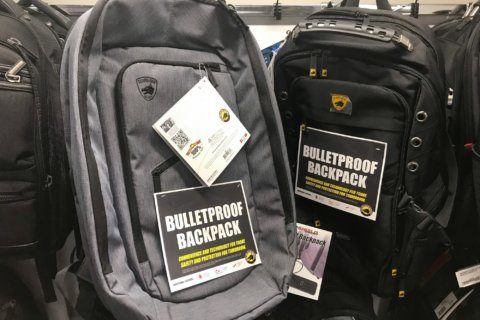