The first medical device to treat childhood attention deficit hyperactivity disorder, or ADHD, was OK'd Friday by the US Food and Drug Administration. The device delivers a low-level electrical pulse to the parts of the brain.
Listen now to WTOP News WTOP.com | Alexa | Google Home | WTOP App | 103.5 FM

The first medical device to treat childhood attention deficit hyperactivity disorder, or ADHD, was OK’d Friday by the US Food and Drug Administration. Designated for children ages 7 to 12 who are not currently on medication for the disorder, the device delivers a low-level electrical pulse to the parts of the brain responsible for ADHD symptoms.

“This new device offers a safe, non-drug option for treatment of ADHD in pediatric patients through the use of mild nerve stimulation, a first of its kind,” Carlos Peña, director of the Division of Neurological and Physical Medicine Devices in the FDA’s Center for Devices and Radiological Health, said in a statement.

Called the Monarch external Trigeminal Nerve Stimulation System, eTNS,and marketed by NeuroSigma, the treatment is only available by prescription and must be monitored by a caregiver.

The pocket-sized device is connected by wire to a small adhesive patch placed on the child’s forehead above the eyebrows. Designed to be used at home while sleeping, it delivers a “tingling” electrical stimulation to branches of the cranial nerve that delivers sensations from the face to the brain.

A clinical trial of 62 children showed that the eTNS increases activity in the regions of the brain that regulate attention, emotion and behavior, all key components of ADHD.

Compared to a placebo, children using the device had statistically significant improvement in their ADHD symptoms, the FDA said, although it could take up to four weeks to see improvement.

Authors of the clinical trial called for additional research to examine if the response to treatment will last over time, and its potential impact on brain development with prolonged use.

According to the NeuroSigma website, the device is not currently covered by insurance and could cost just over $1,000 for the starter kit.

No serious side were reported during the clinical trial, the FDA said, but common side effects could include fatigue, sleepiness or trouble sleeping, teeth clenching, headache and an increase in appetite.

The device should not be worn by children under the age of 7, or any child on an insulin pump, pacemaker or implanted neurostimulator. It should also not be used near a cell phone, the FDA said, because the phone’s low levels of electromagnetic energy may interrupt the therapy.

ADHD is among the most common neurodevelopmental disorders of childhood. According to the US Centers for Disease Control and Prevention, children with ADHD might have trouble paying attention, controlling impulsive behaviors or be overly active. Doctors typically recommend a few treatment options for children: medication, behavior modification or both. Some commonly prescribed medications are amphetamine/dextroamphetamine, known as Adderall; methylphenidate, known as Concerta or Ritalin; and lisdexamfetamine, known as Vyvanse.

While not familiar with the specifics of the eTNS device, Atlanta pediatrician Dr. Jennifer Shu said she welcomes ADHD treatment options that don’t involve medication.

“I would encourage families to talk with their pediatrician or pediatric neurologist to see if this system might be a good option for their child,” Shu said.

The device was previously approved for the treatment of epilepsy and depression in Europe and Canada. Studies at UCLA found the stimulation decreased seizure activity by inhibiting overactive neurons in one section of the brain, while stimulating blood flow in the areas that control mood, attention and executive function.

The device has also been investigated as a possible treatment for traumatic brain injury in veterans. 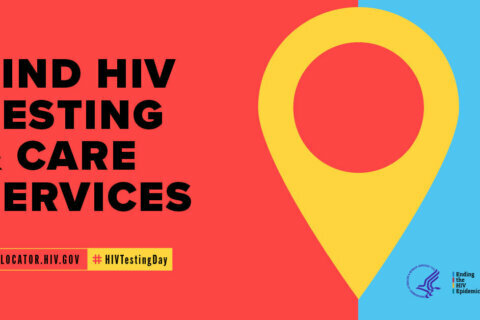 How to find free or low-cost HIV testing and treatment