Not so fast: ‘Rapid release’ Tylenol no faster than pills, study finds

It only stands to reason that gelcaps of Tylenol (or any brand of acetaminophen) that advertise themselves as ‘rapid-release’ will get into your bloodstream faster. But faster than what? The answer's not so simple.
Listen now to WTOP News WTOP.com | Alexa | Google Home | WTOP App | 103.5 FM

WASHINGTON — It only stands to reason that gelcaps of Tylenol (or any brand of acetaminophen) that advertise themselves as ‘rapid-release’ will get into your bloodstream faster. But faster than what? Therein lies a lesson in reading carefully and not making assumptions, a new study finds.

Researchers in a study published in the journal Advances in Investigational Pharmacology and Therapeutic Medicine found that ‘rapid release’ Tylenol gelcaps, as well as similarly labeled generic acetaminophen gelcaps from CVS, Rite Aid, Walgreens and Walmart Equate, actually dissolve no faster — and in some cases even slower — than regular tablets, even though they generally cost roughly 23 percent more.

The makers of Tylenol are claiming that the study is misinterpreting what their gelcaps are designed to do: A spokesman for Johnson & Johnson told The Washington Post that the term “rapid release” refers to a comparison to a regular gelcap, not a tablet, and that the laser-drilled holes in the gelcap is the cause of the difference in price. Spokespeople for Rite Aid and Walmart made similar contentions to the newspaper.

That said, The Post pointed out, a straight-up comparison isn’t possible, since non-rapid-release gelcaps aren’t available in the same dosages.

It’s all a lesson in reading the label, but not reading into it.

The study tested a total of 1,200 units of medication from the five companies. The researchers were from the startup pharmacy Valisure; their chief medical officer, David Gortler, is the editor-in-chief of Advances in Investigational Pharmacology and Therapeutic Medicine and recused himself from the review process, The Post reported. 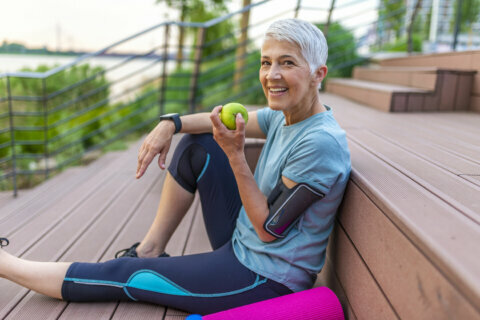 Best workout programs for women over 50