“What we’re doing is we’re exposing patients to small amounts of the food allergen, so that over time, their body becomes tolerant of it and they don’t hyper-react,” said Opack's allergist, Dr. Rachel Schreiber.
Listen now to WTOP News WTOP.com | Alexa | Google Home | WTOP App | 103.5 FM

The Gaithersburg teenager doesn’t like the taste of it, but he said the concoction has changed his life. That’s because the pudding mix is part of a carefully monitored treatment known as Oral Immunotherapy, or OIT for short, which has helped him build up a tolerance to peanuts.

His struggle with a severe peanut allergy began at 2 years old, when he swelled up after his parents gave him pesto sauce that contained multiple types of tree nuts.

According to the National Institutes of Health, around 6 percent of children in the U.S. have food allergies, and a large percentage of them are allergic to peanuts.

For babies, eczema can be a sign of food allergies; other children, such as Opack, find out with a severe reaction once exposed to the food to which they are allergic.

“One protein could send me into anaphylactic shock and kill me,” Opack said.

To avoid exposure to peanuts, Opack said he would have to thoroughly clean desks, tables and other furniture he used. He’d have to tell new friends not to eat peanuts around him, and he carried a card about the allergy to give to the staff at restaurants when he and his family attempted to eat out.

“There have been times that we’ve been asked to leave the restaurant because they don’t feel comfortable serving us at all,” Opack’s mother, Colleen Opack, said.

A year ago, Opack began OIT, which is somewhat similar to allergy shots people will get for allergies to tree, dander, dust and other allergens.

“What we’re doing is we’re exposing patients to small amounts of the food allergen, so that over time, their body becomes tolerant of it and they don’t hyper-react,” said Opack’s allergist, Dr. Rachel Schreiber.

This treatment also requires patients to take doses daily at home to build and maintain the tolerance they’ve built up to peanuts.

OIT right now is considered a “novel therapy” because it doesn’t have approval from the U.S. Food and Drug Administration, but the therapy is being closely watched by national health officials.

“It certainly is a promising new approach to essentially desensitizing individuals so that they will not be at risk for the serious allergic reactions that can occur particularly against peanuts,” said Dr. Anthony Fauci, director of the National Institute of Allergy and Infectious Diseases.

Fauci said promising results are being seen in OIT used in conjunction with the antibody, Omalizumab, which he said blocks a protein that is responsible for the allergic reaction.

Fauci also warned against people thinking of trying a therapy like this on their own.

“You should go to an allergist, a person who’s qualified, who understands all of the different options and can instruct how to do this in a safe way,” Fauci said.

Schreiber said the therapy isn’t for everyone, and people considering trying it should talk with their allergist first.

“Part of it actually depends on the level of anxiety that it [the peanut allergy] induces,” Schreiber said.

She said if patients are comfortable with taking steps to avoid exposure, and those steps don’t impact their lives in a negative way, the therapy might not be necessary for them.

Also, Schreiber said there can be side effects during treatment, which include abdominal pain, nausea and itching in the mouth.

Opack said for him, the therapy opened the door to several firsts in his life as his tolerance to peanuts builds. He was able to, on a trip to Florida, eat out at restaurants and at theme parks without worrying about cross contamination.

He also, for the first time, ate M&M’s and Kit Kat bars, which he said he now loves.

His next goal, he said, is going out with friends to places he once had to avoid because of the risk of exposure to peanuts.

“Hopefully, when I go back to school, I’ll go with them to Five Guys and Chick-fil-A,” Opack said. 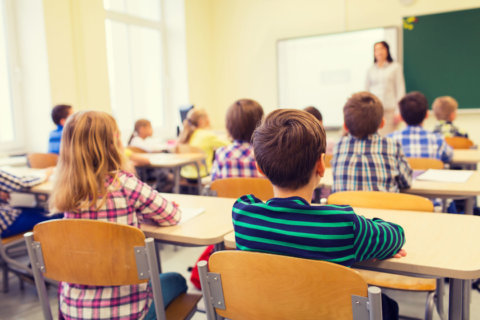