Dr. Anthony Fauci, director of the National Institute of Allergy and Infectious Diseases, told WTOP it is becoming apparent that immunity provided by the mumps vaccine does not last indefinitely.

WASHINGTON — There are new warnings that the mumps vaccine that people usually get as children might not last long into adulthood.

The news comes after 11 people in Delaware were diagnosed with the virus, which causes fever, swollen glands, headache, muscle aches and loss of appetite. The latest outbreak is one of several thousand cases reported in recent years.

“The immunity does not last indefinitely,” Dr. Anthony Fauci, the director of the National Institute of Allergy and Infectious Diseases, told WTOP Wednesday.

Health experts believe childhood mumps vaccines do protect, but people might still need an extra shot if they are in a contagious community and have been exposed.

Protection against mumps is routinely offered as part of the MMR (measles, mumps and rubella) vaccine to children at 12 months, and again at age 4 to 6. The vaccine has brought down the number of cases of mumps by 99 percent compared to a few decades ago.

But the recent resurgence has been seen among people who received the recommended two shots in early childhood, not in older people who gained immunity through natural infection before the vaccine was developed.

The Harvard T.H. Chan School of Public Health has carried out research into the resurgence, which began in 2006.

“We’ve seen the outbreaks of mumps in vaccinated populations, in to contrast the measles, where it’s only been in unvaccinated pockets,” said the lead author, Joseph A. Lewnard, a research associate at the school.

Using data from epidemiological studies and mathematical models, researchers found that the ongoing resurgence has left about a third of children age 10 to 14 at risk.

The researchers estimated that about 25 percent of vaccinated people will lose their immunity in eight years, 50 percent in 19 years, and 75 percent in 38 years.

The study can be found on the website for Science Translational Medicine. 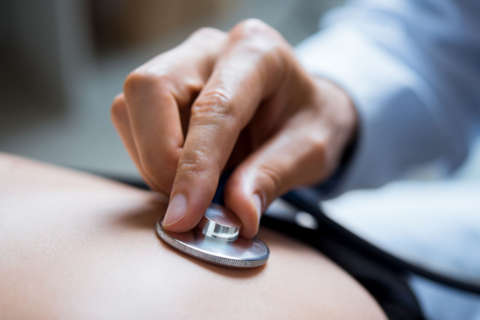