Dads are more involved in food shopping and meal preparation for their kids, yet research in the role they play in their kid's diet is lagging.
Listen now to WTOP News WTOP.com | Alexa | Google Home | WTOP App | 103.5 FM

WASHINGTON — When it comes to influencing a child’s eating habits, moms typically have a more dominant role in many two-parent households. But you can’t underestimate the contributions of dads.

This is especially true since many dads have taken on more of the food shopping and meal preparation functions.

Lean Plate Club™ blogger Sally Squires says the extent of dads’ contributions may be greatly underrepresented in research and many researchers were surprised to find that dads have not been included in many studies.

“A paper published in November reviewed 700 studies in five databases and found that dads only represented 17 percent of the parents who were studied,” Squires said.  “So researchers have noted, there’s clearly a lot more to learn about dads.”

Those studies that have focused on dads found that they may be a bit less strict about food choices. They may be less likely to monitor their children’s food intake than moms and less likely to limit access to certain foods.

As a result, she said some research suggests that fathers’ more liberal attitude toward food is linked with a higher body weight in kids.

Experts have also found that dads have a much greater role in promoting and engaging in exercise with their kids.

While parents may share the duties of taking kids to swim lessons and soccer practice, studies suggests that fathers have more of a hands-on approach when physical activity is involved. Whether it’s tossing a ball, shooting hoops, riding bikes, going for swim or coaching, dads are much more likely to become directly engaged in their kids’ exercise.

Other research indicates that the body weight of parents greatly influences the weight of their children.

Studies have shown that a child who has one overweight parent is more likely to be overweight as an adult than kids who have healthy weight parents. The risk increases even more if both parents are overweight.

But research also shows if parents change their habits, their kids are more likely to change theirs as well.

“‘Healthy Dads, Healthy Kids’ is a program in Australia that has encouraged overweight and obese dads to be more physically active with their kids,” Squires said. “The fathers who did that lost about 10 pounds in three months and they also found that their kids also become more active as well.” 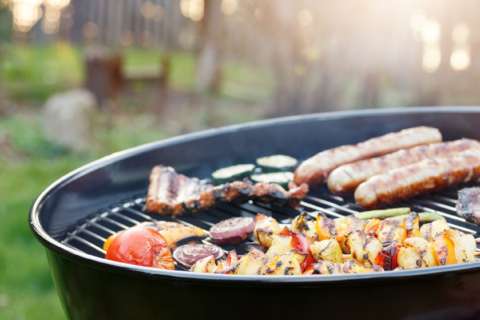 Bring on the bacteria: Diverse, healthy microbes impact how you age 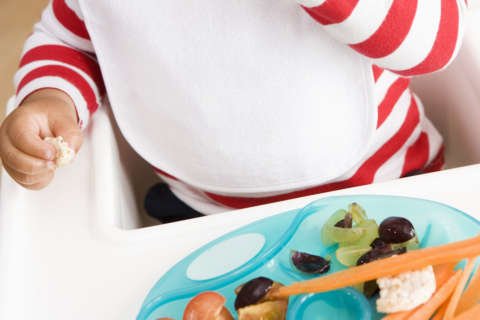 Play could be key to unlocking joy of fruits, vegetables for toddlers