WASHINGTON – For more than a year, people have been getting doused with freezing cold water as part of the…
Listen now to WTOP News WTOP.com | Alexa | Google Home | WTOP App | 103.5 FM

WASHINGTON – For more than a year, people have been getting doused with freezing cold water as part of the ALS Ice Bucket Challenge, and posting the results on social media. The challenge is intended to help find a treatment or a cure for the degenerative condition Amyotrophic Lateral Sclerosis, also known as Lou Gehrig’s Disease.

But is it doing any good? One researcher says it is.

Jonathan Ling, a researcher at Johns Hopkins University, says he and his team may have made a breakthrough against the disease, and he credits the Ice Bucket Challenge with raising the money that helped make this discovery possible.

In an Ask Me Anything session on Reddit, Ling says that he was aware of the opposition to the challenge, but he thinks otherwise.

“I remember reading a lot of stories about people complaining that the ice bucket challenge was a waste and that scientists weren’t using the money to do research, etc. I assure you that this is absolutely false.”

According to Ling, the benefits included more than money. Recognition and understanding are important as well.

“The best medicines come from a full understanding of a disease and without the financial stability to do high risk, high reward research, none of this would be possible!”

The big development, Ling says, is that he and his team have identified the function of the protein TDP-43, and found that in 97 percent of ALS cases, the protein is unable to do its job. They found and inserted a special protein that mimics TDP-43’s function, and saw that deteriorated cells were able to come back to life.

Ling does a much better job of explaining it; the Ask Me Anything is here.

Some of the money raised from the Ice Bucket Challenge also goes toward care for patients. Dr. Marc Treihaft, medical director of the ALS Clinic at the Colorado Neurological Institute, tells CBS News that his clinic serves rural and underserved areas – patients who are really isolated.

The ALS Association  says it sends people out to their houses to check on them and their home situations, sometimes helping to pay for home health care as well.

By the way, Ling and professor Philip Wong at Johns Hopkins have put their heads where their mouths are: Here they are, taking the challenge themselves: 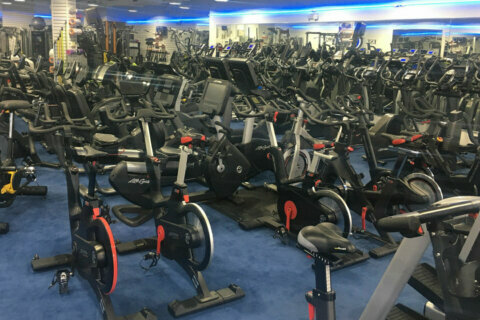