Meet the House clerk wielding the gavel until speaker chosen

House clerk Cheryl Johnson is a central figure in the drama that has become a dayslong effort to select a speaker.
Listen now to WTOP News WTOP.com | Alexa | Google Home | WTOP App | 103.5 FM

The third-term congressman quickly corrected himself. “Madam clerk,” he acknowledged with a smile.

The flub, coming on the second day of voting, illustrated the rising stature of House clerk Cheryl Johnson, a central figure in the drama that has become a dayslong effort to select a speaker. Round by round, she has called for the start of each vote and has announced at the end that, once again, no speaker has been elected.

That is, until early Saturday morning, when she named Rep. Kevin McCarthy the victor after the 15th vote.

A look at Johnson and her newly prominent role:

WHO IS CHERYL JOHNSON?

According to her official bio, Johnson is the 36th person to serve as clerk and was first sworn in by then-Speaker Nancy Pelosi in 2019. She is the first Black woman to preside over the House chamber.

A New Orleans native, Johnson has worked for the House for nearly two decades, serving as chief investigative counsel and spokesperson for the Committee on Education and the Workforce. She was also counsel for the committee with oversight over the Library of Congress and the Smithsonian Institution, where she worked for 10 years liaising with congressional committees with jurisdiction over its funding.

A journalism and mass communication graduate of the University of Iowa, Johnson got her law degree from Howard University and graduated from the senior management program at Harvard University’s John F. Kennedy School of Government.

On Friday, in nominating Democratic House leader Hakeem Jeffries — whom Democrats have unanimously supported throughout every round of voting — outgoing House Majority Whip Jim Clyburn addressed Johnson, thanking her for her service during a contentious week.

“Madam clerk, I want to begin by thanking you for your contribution to maintaining the dignity and honor of this august body,” said Clyburn, who as the No. 3 House Democrat had been the chamber’s highest-ranking Black member. “The eyes of the country are on us today. Let us consider what they will remember.”

WHAT DOES THE CLERK DO?

Until a speaker is chosen, and the members-elect are officially sworn in, the clerk is in charge of the chamber, tasked with calling each day’s session to order, calling the roll and deciding procedural questions that may arise.

It’s also up to the clerk to maintain order in the House chamber, which at times has involved using her gavel to tamp down a dull roar of chatter during the debate.

After there’s a speaker in place, the clerk’s role becomes more procedural, keeping records of floor activity, preparing, printing and distributing the daily journal, and certifying the passage of bills and resolutions.

The clerk also acts as a go-between for the House and the Senate, as well as the White House, when the chamber isn’t in session, receiving and delivering messages. He or she also supervises the staff of any member who dies, resigns or is expelled, until a replacement is elected.

In addition to duties inside the chamber, there are a number of other offices whose jurisdiction falls under the clerk, including those tracking legislation, transcribing floor proceedings, and processing and retaining House records until they are transferred to the National Archives.

John Beckley of Virginia was chosen as the first clerk of the House in April 1789. The clerk also served as librarian of Congress until 1815, when that became a separate position.

HOW ARE CLERKS SELECTED?

The clerk is a professional employee of Congress, one of the House officers elected every two years when the House organizes for a new session.

Each caucus nominates candidates for those positions, but those elections can’t happen until after the session’s new speaker is selected. So, at least for now, Johnson remains in office.

Kinnard can be reached at http://twitter.com/MegKinnardAP 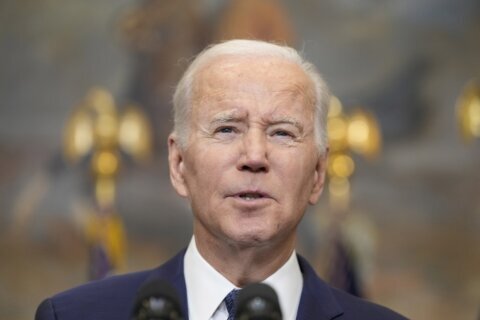 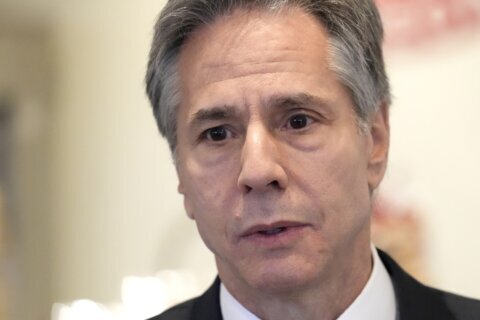