WASHINGTON (AP) — The Department of Homeland Security on Friday announced a process by which migrant workers who witness or are victims of workplace labor violations can apply for protection from deportation, in a development applauded by labor and rights advocates who say it will protect migrant workers who expose abusive working conditions.

Friday’s announcement sets up guidelines on the agency’s website so applicants know what documentation they need to apply and how to go about it.

“Workers are often afraid to report violations of law by exploitative employers or to cooperate in employment and labor standards investigations because they fear removal or other immigration-related retaliation by an abusive employer,” the agency said in a news release. “Agencies tasked with enforcing labor and employment laws depend on the cooperation of these workers in their investigations.”

The agency said that in the past it has been able to use “discretionary authority” to consider requests to protect workers from deportation who are assisting in labor investigations on a case-by-case basis. But the new guidelines create a “streamlined and expedited” process and a centralized location where requests can be submitted.

The new process allows migrant workers to apply for “deferred action,” meaning protection from deportation if they’re taking part in an investigation of workplace labor violations.

As part of the application they’d have to show proof from a labor or employment agency describing the investigation and why they need DHS support. They’d also have to show proof they were working at the company as well as documents like proof of identity. The applications would be reviewed by U.S. Citizenship and Immigration Services, an arm of Homeland Security that handles immigration and citizenship-related requests.

If approved, migrant workers cooperating with a labor investigation can stay in the country for two years. They can also apply for authorization to work legally in the country during that time.

Labor and immigration groups applauded the news as a way to protect migrant workers from employers who might use their immigration status as a way to retaliate against them for coming forward about things like wage or workplace violations.

“As immigration lawyers, we have seen too many of our clients suffer workplace abuses they were too afraid to report for fear of retribution by unscrupulous employers,” said Ann Garcia, staff attorney at the National Immigration Project.

In an October 2021 memo, DHS Secretary Alejandro Mayorkas said the agency would consider requests for deferred action protection for migrants helping in labor investigations but didn’t set out a detailed policy for how it would be done. Since then, Garcia said, some lawyers have applied on behalf of their clients but it was case by case.

“It was a process of guesswork,” she said. Garcia, who trains other lawyers in aspects of immigration law, said now the formal process will allow her to more easily help other lawyers navigate for their clients.

“Immigrant workers are critical to the success of our economy, yet they are among those who suffer the most exploitation and abuse at work, and then suffer further from intimidation and retaliation when they stand up for their rights,” said Appelbaum said. 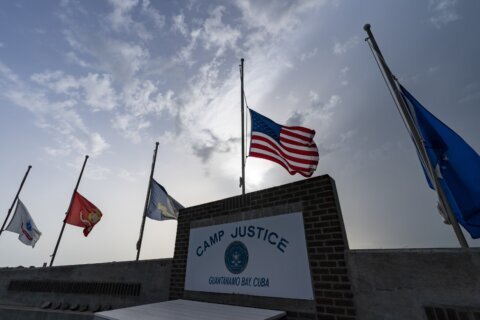