Michigan is one of several key swing states that allows no-excuse mail-in ballots but doesn’t allow local election offices to begin processing ballots until 7 a.m. on Election Day, which often delays results in tight races and can leave a gaping hole for misinformation and lies to flood the public space.

Ann Bollin, House Elections and Ethics Committee chair, announced the agreement on election bills after months of negotiations. The bills passed the Republican-controlled Legislature and now go to Gov. Gretchen Whitmer, a Democrat.

Election offices in municipalities with populations of at least 10,000 would be allowed to remove absentee ballots from their outer envelopes on the Sunday before the election, but they still wouldn’t be allowed to remove secrecy sleeves or count votes until 7 a.m. on Election Day.

A 2018 voter-approved constitutional amendment allowed for no-excuse absentee voting, and a surge in such voting followed. A record-breaking 3.3 million people in Michigan voted absentee in the 2020 presidential election during the height of the coronavirus pandemic. Over half of all votes cast in the August primary were absentee.

In addition to the high-impact races for governor, attorney general and secretary of state, an initiative on the ballot this November seeking to enshrine abortion rights in the state constitution is expected to lead to high voter turnout. Absentee ballots start going out Thursday, and Secretary of State Jocelyn Benson said her office expects several million to choose the option this year.

The legislation would provide some relief for local election offices, but clerks still say it doesn’t go far enough. They for years have asked for seven days for preprocessing before Election Day.

Ingham County Clerk Barb Byrum said that absentee ballots take longer to process because of signature verification and that “just allowing local clerks to open the envelope ahead of time is not enough.”

Pre-processing of absentee ballots has been an issue since Benson’s first day in office in 2019, she said, and it’s been used as a “political football.”

“As long as Michigan voters want election results on Election Day, as long as it remains an important security issue for voters to not have to wait for results, we will continue to push the Legislature to allow more processing time,” Benson said. “It’s unequivocal that it’s the right thing to do, and it escapes me why any lawmakers who claim to want secure elections would fail to meet this basic change in the law.”

Former President Donald Trump used the delayed reporting in battleground states to push false claims that election workers falsified ballots in the middle of the night in Philadelphia, Detroit, Milwaukee and other Democratic-leaning cities.

An initiative on this year’s ballot brought on by the same voting rights coalition that passed the constitutional amendment in 2018 would further increase accessibility to absentee voting. The Promote the Vote initiative would, among other things, allow people to join a permanent list to receive absentee ballots every election, along with requiring nine days of in-person early voting. 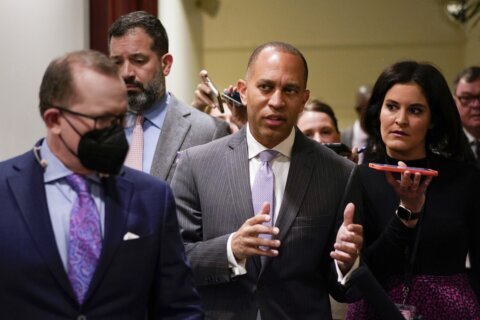