Rudy Giuliani arrived at an Atlanta courthouse Wednesday under a judge's order to appear before a special grand jury that is investigating attempts by former President Donald Trump and others to overturn his 2020 election defeat in Georgia.
Listen now to WTOP News WTOP.com | Alexa | Google Home | WTOP App | 103.5 FM

ATLANTA (AP) — Rudy Giuliani said Wednesday that he had “satisfied his obligation” after facing hours of questioning Wednesday before a special grand jury in Atlanta as a target of an investigation into attempts by former President Donald Trump and others to overturn his 2020 election defeat in Georgia.

In an interview with The Associated Press, Giuliani said Fulton County District Attorney Fani Willis ended his appearance by saying he had “satisfied his obligation under the subpoena.”

“So I was very happy that I satisfied my obligation,” he said.

Speaking upon his return to New York’s John F. Kennedy International Airport, Giuliani didn’t provide any additional details about his appearance or testimony, including the type of questions he was asked. He was pushed through the terminal in a wheelchair alongside his lawyer, Bob Costello.

Giuliani’s attorneys tried to delay his appearance before the special grand jury, saying he was unable to fly due to heart stent surgery in early July. On Wednesday, Giuliani said “my plane ride was OK,” noting that it was his first since the procedure.

Costello said the session, which lasted from 9 a.m. to 3 p.m. with a half-hour lunch, “went very well. No disputes.” Costello did not immediately address whether Giuliani answered questions or declined.

“Everyone was a lady or gentleman. Professional,” he wrote in a text message, adding that Willis came out to greet Giuliani and his lawyers at the end.

The investigation by the Democratic prosecutor has brought heightened scrutiny to the desperate and ultimately failed efforts to overturn Joe Biden’s 2020 election win. It’s one of several investigations into Trump’s actions in office as he lays the groundwork for another run at the White House in 2024.

Willis opened her investigation after the disclosure of a remarkable Jan. 2, 2021, phone call between Trump and Georgia’s secretary of state, Brad Raffensperger. On the call, Trump suggested that Raffensperger could “find” the exact number of votes that would be needed to flip the election results in Georgia.

Trump has denied any wrongdoing. He has described the call as “perfect.”

Willis last month filed petitions to compel testimony from seven Trump associates and advisers. She has also said she’s considering calling Trump himself to testify, and the former president has hired a legal team in Atlanta that includes a prominent criminal defense attorney.

Other Trump allies swept up in the inquiry include U.S. Sen. Lindsey Graham, R-S.C. His attorneys filed a legal motion Wednesday asking a federal judge to put Graham’s special grand jury appearance set for Aug. 23 on hold while he appeals an order compelling him to testify.

Prosecutors want to ask Graham about phone calls they say he made to Raffensperger and his staff in the weeks following the vote.

Graham’s lawyers, including former Trump White House counsel Don McGahn, are fighting the subpoena in federal court. They argue Graham’s position in Congress protects him from having to appear before the grand jury. A federal judge rejected that notion and ordered the senator to testify. Graham has said he plans to appeal.

Also Wednesday, lawyers for Republican Gov. Brian Kemp asked the judge overseeing the special grand jury to quash a subpoena for him to testify Thursday. Kemp had been scheduled to sit for a video recorded voluntary interview with the district attorney’s office on July 25, but Willis’ team canceled that and issued a subpoena after Kemp’s attorneys asked about the scope of the interview, Kemp’s motion says.

Kemp’s lawyers accused Willis’ team of using “delay and artificial deadlines” to cause the governor’s “interaction with the investigation to reach a crescendo in the middle of an election cycle.” They say it was issued “for political, rather than investigative, reasons.”

Kemp faces a rematch with Democrat Stacey Abrams in the November general election.

Kemp’s lawyers argue that “sovereign immunity” shields a governor from having to testify about his official duties and they also cited executive privilege and attorney-client privilege. If the judge doesn’t quash the subpoena, they said the judge should establish guidelines regarding what can be asked.

Willis’ office declined comment, but Willis was direct in a July letter to Kemp attorney Brian McEvoy that he filed with the court: “You repeatedly referring to it as a politically motivated investigation, does not make it so. In fact, you repeating it so many times only proves you have become very comfortable being dishonest.”

In seeking Giuliani’s testimony, Willis noted that he was both a personal lawyer for Trump and a lead attorney for his 2020 campaign.

She recalled in a petition how Giuliani and others appeared at a state Senate committee meeting in late 2020 and presented a video that Giuliani said showed election workers producing “suitcases” of unlawful ballots from unknown sources, outside the view of election poll watchers. The claims of fraud were debunked by Georgia election officials within 24 hours. Yet Giuliani continued to make statements to the public and in subsequent legislative hearings claiming widespread election fraud using the debunked video, Willis noted in her filing.

Two of the election workers seen in the video, Ruby Freeman and Wandrea “Shaye” Moss, said they faced relentless harassment online and in person after it was shown at the Dec. 3 legislative hearing in which Giuliani appeared. At another hearing a week later, Giuliani said the footage showed the women “surreptitiously passing around USB ports as if they are vials of heroin or cocaine.” They actually were passing a piece of candy.

Willis wrote in the court filing that Giuliani’s hearing appearance and testimony were “part of a multi-state, coordinated plan by the Trump Campaign to influence the results of the November 2020 election in Georgia and elsewhere.”

Willis also wrote in a petition seeking the testimony of attorney Kenneth Chesebro that he worked with Giuliani to coordinate and carry out a plan to have Georgia Republicans serve as fake electors. Those 16 people signed a certificate declaring falsely that Trump had won the 2020 presidential election and declaring themselves the state’s “duly elected and qualified” electors even though Biden had won the state and a slate of Democratic electors was certified. 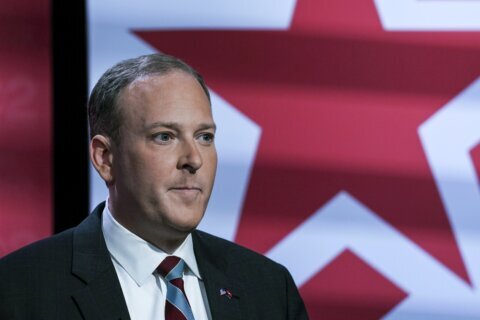 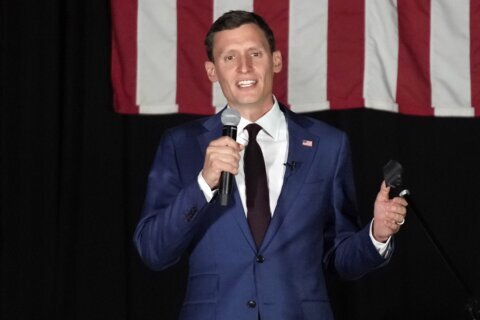 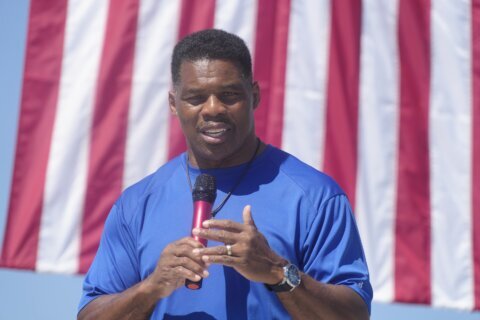