ATLANTA (AP) — A federal judge on Friday said Sen. Lindsey Graham’s appearance before a special grand jury investigating whether then-President Donald Trump and others illegally tried to influence the 2020 election in Georgia should not be delayed to allow him to continue to challenge it in court.

Earlier this week, U.S. District Judge Leigh Martin May ordered Graham to honor his subpoena for the special grand jury. Graham’s attorneys appealed that order to the 11th U.S. Circuit Court of Appeals and asked May to stay her ruling and prohibit the special grand jury from questioning him while that appeal plays out. May declined that request in her order on Friday.

Graham is currently scheduled to testify on Tuesday. But he still has another motion to stay May’s ruling pending before the 11th Circuit.

Representatives for Graham did not immediately respond to messages on Friday seeking comment.

Former New York mayor and Trump attorney Rudy Giuliani, who’s been told he’s a target of the investigation, testified before the special grand jury for nearly six hours on Wednesday. Two other lawyers who advised Trump, John Eastman and Jenna Ellis, were ordered this week to appear before the panel later this month. Georgia Gov. Brian Kemp filed a motion Wednesday seeking to quash a subpoena for his testimony.

The investigation, originally prompted by a Jan. 2, 2021, phone call between Trump and Georgia Secretary of State Brad Raffensperger, is one of several pending legal threats Trump faces. Willis has said she’s considering seeking to compel the former president himself to testify before the special grand jury.

Attorneys for Graham, a South Carolina Republican, have argued that a provision of the U.S. Constitution provides absolute protection against a senator being questioned about legislative acts. But the judge found there are “considerable areas of potential grand jury inquiry” that fall outside that provision’s scope. The judge also rejected Graham’s argument that the principle of “sovereign immunity” protects a U.S. senator from being summoned by a state prosecutor.

Willis and her team have said they want to ask Graham about two phone calls they say he made to Georgia Secretary of State Brad Raffensperger and his staff shortly after the 2020 general election. During those calls, Graham asked about “reexamining certain absentee ballots cast in Georgia in order to explore the possibility of a more favorable outcome for former President Donald Trump,” Willis wrote in a petition.

Republican and Democratic state election officials across the country, courts and even Trump’s attorney general found there was no evidence of voter fraud sufficient to affect the outcome of the election.

In asking May to stay her decision, Graham’s lawyers argued that his rights to immunity would be violated the moment he was questioned.

Willis’ team responded that delaying Graham’s testimony would harms the investigation. In addition to facts he knows, he’s also expected to shed light on other sources of information that the special grand jury may want to pursue, they wrote. So waiting to talk to him “could ultimately delay” the entire investigation.

In the separate motion for a stay filed with the 11th Circuit, Graham’s attorneys argue that on Wednesday Chief Senior Assistant District Attorney Donald Wakeford agreed to postpone the scheduled testimony pending the outcome of the appeal. They included a voicemail Wakeford left for Graham attorney Brian Lea.

Lea says in a declaration filed with the motion that later that same afternoon Wakeford confirmed Graham’s grand jury appearance wouldn’t move forward until the appeal was resolved. But then Wakeford sent an email 20 minutes later “stating that he did not ‘want to characterize the contents of our response before it is written,’” Lea wrote.

Lea said he reached out to Wakeford several more times by phone and email but got no response until Wakeford sent an email at 4:40 a.m. Friday saying the district attorney’s office intended to oppose the stay and would argue that Graham should appear before the special grand jury as planned.

Follow AP’s coverage of the Trump investigations at: https://apnews.com/hub/donald-trump 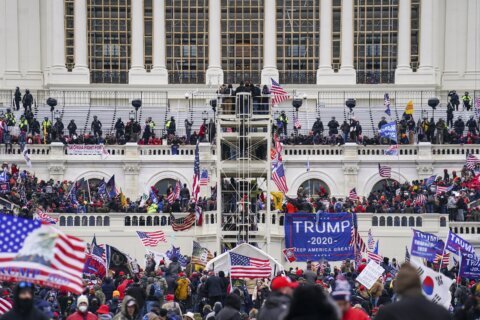 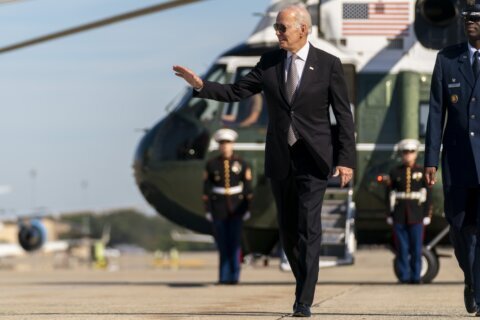 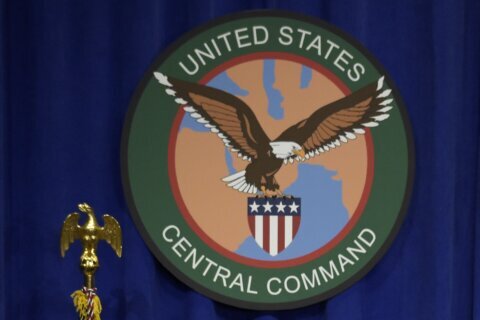