Pompeo is among several of Trump’s former Cabinet officials the committee wanted to talk to after it was disclosed that some of them raised concerns about former president’s actions — going so far as having considered invoking the 25th Amendment process to remove Trump from office after the riot. Pompeo’s appearance was confirmed by a person familiar with the situation but unauthorized to discuss it publicly.

Mastriano, who was outside the Capitol on Jan. 6, 2021, and helped organize efforts in Pennsylvania to submit alternate presidential electors beholden to Trump, cut his interview short without answering questions. He disputed the validity of the committee and the terms of the appearance, his attorney said.

The committee is working through August, deepening its probe after blockbuster public hearings this summer that began to outline its investigation into Trump’s multi-pronged effort to reverse his election loss to Joe Biden and the subsequent storming of the Capitol on Jan. 6, 2021.

The meeting with Pompeo, who is considering a 2024 presidential run, comes as the panel’s Vice Chair Rep. Liz Cheney, R-Wyo., has publicly disclosed that the committee has several former Cabinet officials in mind for interviews. Steven Mnuchin, Trump’s treasury secretary, testified before the committee last month.

The scheme to compile alternative electors has involved Republican officials in battleground states across the nation who are now facing questions, from the Jan. 6 committee and federal investigators. The “fake electors” emerged as a last-ditch plan by Trump’s team to stop Biden’s victory when Congress met for the typical routine job of certifying the state election results.

Mastriano’s attorney, Timothy Parlatore, said his client’s appearance before the committee was over in less than 15 minutes. He said Mastriano wanted to be able to record the interview and said little during the brief session, Parlatore said they plan to challenge the committee in court.

“Because he’s currently in a general election, we just want some protective measures,” Parlatore said in a phone interview, “to prevent them from putting out a false or misleading quote that would potentially impact the election.”

Committee chairman Rep. Bennie Thompson issued the subpoena for Mastriano back in February as the panel intensified its probe of the “fake electors” scheme, seeking documentation from him and others potentially involved and in close contact with Trump.

The committee “is seeking information about efforts to send false slates of electors to Washington and change the outcome of the 2020 election,” Thompson wrote. “We’re seeking records and testimony from former campaign officials and other individuals in various states who we believe have relevant information about the planning and implementation of those plans.”

Mastriano, who organized two buses from central Pennsylvania for the Trump speech that preceded the violent siege and himself had VIP seating at the rally, walked to the Capitol afterward. He had been scheduled to speak on the Capitol steps that afternoon.

Parlatore said Mastriano “knows nothing about any insurrection” and did not witness any violence or see any firearms. He said his client would be willing to testify publicly before the panel.

A retired Army officer who beat out several candidates to emerge as the GOP nominee for governor in Pennsylvania, Mastriano has previously been willing to talk to the committee. He also spoke with the FBI last year and said he did not know about a planned insurrection, his lawyer has said.

Mastriano has said he had regular calls with then-President Donald Trump in the months between Trump’s reelection defeat and the Jan. 6 Capitol riot.

His attorney sought to shield Mastriano from testifying over the alternative electors plan because it was undertaken when his client was a state senator.

Parlatore said much of Mastriano’s contacts with Trump in the lead-up to Jan. 6 involved Mastriano’s capacity as a state lawmaker — a status that complicates the committee’s efforts to interview him about what the lawyer described as “alternative electors” to the Electoral College.

Parlatore said he planned to file a court action in Washington, D.C., federal court, seeking to have a judge determine if Jan. 6 committee’s makeup and procedures violate House rules.

Growing from Trump’s false claims of voter fraud, the fake electors strategy relied on having several battleground states that Biden won submit their tally for the defeated Republican president, rather than the Democratic winner, Biden.

Federal authorities earlier this summer issued subpoenas in several key battleground states across the nation to individuals in Arizona, Pennsylvania, Nevada, Georgia and other Republican officials potentially involved in the strategy to submit electors for Trump.

Prosecutors in Georgia are similarly probing Trump’s attempt to subvert the election results in that state.

The Justice Department has charged more than 800 people in the deadly Capitol riot and is investigating Trump’s actions in the run up and aftermath of the insurrection.

The Jan. 6 attack left at least nine people dead in the riot and its aftermath, including a Trump supporter shot by police and a police officer who died later. 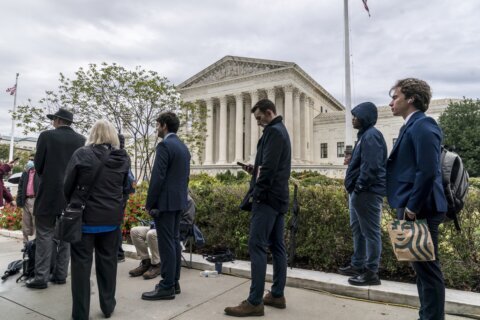