Biden speaks to sister of US executive detained in Russia

WASHINGTON (AP) — President Joe Biden spoke by phone Friday with the sister of Paul Whelan, an American who has been imprisoned in Russia for more than three years, according to the White House.

Biden’s phone call to Elizabeth Whelan came after Biden and Vice President Kamala Harris s poke earlier this week to the wife of WNBA star Brittney Griner, who has been held for more than four months in Russia. Griner pleaded guilty this week to drug charges. Biden also wrote a letter to Griner that was delivered to her when she appeared in a Russian court Thursday.

Elizabeth Whelan criticized the White House earlier this week, arguing the administration was not giving her brother’s case the same level of attention as Griner’s detention.

The White House said in a statement that Biden, in Friday’s call, “reaffirmed that he is committed to bringing Paul home as soon as possible, and the U.S. government will continue its efforts to secure the release of Paul as well as Brittney Griner and all other Americans who are held hostage or wrongfully detained around the world.”

Elizabeth Whelan suggested in a CNN interview Wednesday that her brother was getting less attention than Griner because of her celebrity status. “Why is Paul not getting the same type of level of attention? Why are the Whelans not getting a call? Why is Paul not going to have a letter written by the President?”

White House officials said the Whelans have been included on biweekly calls with the Office of the Special Presidential Envoy for Hostage Affairs. Secretary of State Antony Blinken and national security adviser Jake Sullivan had spoken directly with Elizabeth Whelan.

A Russian court convicted Whelan, an American corporate security executive, more than two years ago on charges of espionage and sentenced him to 16 years in prison after a closed trial that the U.S. denounced as a “mockery of justice.”

Whelan, a former Marine from Novi, Michigan, has insisted he is innocent, saying he was set up when he was arrested in Moscow in December 2018 while he visiting Russia to attend a friend’s wedding.

Griner was detained in February at Moscow’s Sheremetyevo Airport while returning to play basketball in Russia, and police said they found vape canisters containing cannabis oil in her luggage.

Griner told the court she had no intention of committing a crime and had acted unintentionally because she had packed for Moscow in a hurry. She faces up to 10 years in prison.

Griner made a direct appeal to Biden in a letter Monday in which she said she fears she might never return home and asked that he not forget about her and the other American detainees.

Ex-police officer gets 7-plus years in prison in Jan. 6 case 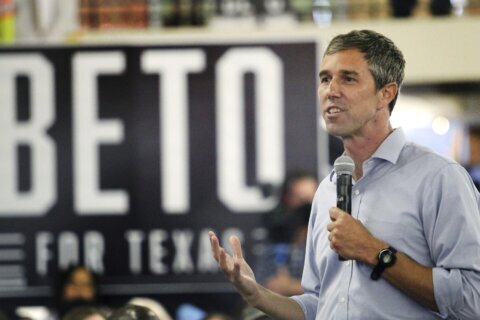