WASHINGTON (AP) — More than 140 former Justice Department officials, including two past attorneys general, are throwing their support behind President Joe Biden’s nominee to run the Bureau of Alcohol, Tobacco, Firearms and Explosives.

The ex-officials, who worked for both Democratic and Republican presidents, are urging congressional leaders to quickly confirm Steve Dettelbach to the post. Their endorsement comes on the heels of support from several law enforcement organizations, including the Major County Sheriffs of America.

Dettelbach’s nomination comes as the Biden administration and the Justice Department are fighting to combat a surge in violent crime, gun violence and mass shootings that has touched both big cities and small rural communities across the nation.

Dettelbach is a former federal prosecutor who served as U.S. attorney in Ohio from 2009 to 2016 and has run in the past for attorney general of Ohio. He worked in several other positions in the Justice Department and was involved in the prosecution of a man who firebombed an Ohio courthouse. He also served as the chairman of the civil rights subcommittee as part of the attorney general’s advisory committee under former attorneys general Eric Holder and Loretta Lynch.

“With the surge in gun crime across our country in recent years, it is all the more important to have confirmed leadership at the helm of the ATF who will help keep our communities safe by taking gun traffickers and other violent criminals off our streets,” says a letter by the more than 140 former Justice Department officials, dated Wednesday.

The ex-officials emphasized Dettelbach’s work as a career prosecutor who earned votes from both Democrats and Republicans for his confirmation as U.S. attorney. The signers said he has “conducted himself with the highest level of integrity and character.”

“Throughout his exceptional career, Steve has also been recognized for being inclusive and even-handed in his approach to law enforcement,” the letter states. “He also understands that there can be no room for partisanship or divisiveness among those who are vested with the sacred mission of fighting crime and defending the rule of law.”

Biden had to withdraw the nomination of his first ATF nominee, gun control advocate David Chipman, after it stalled for months because of opposition from Republicans and some Democrats in the Senate. The nominee will need a simple majority to be confirmed.

Both Republican and Democratic administrations have failed to get nominees for the ATF position through the politically fraught process since the director’s position was made confirmable in 2006. Since then, only one nominee, former U.S. Attorney B. Todd Jones, has been confirmed. Jones made it through the Senate in 2013 but only after a six-month struggle. Jones was acting director when President Barack Obama nominated him in January 2013.

In the last few weeks, the Biden administration removed the acting director of the Bureau of Alcohol, Tobacco, Firearms and Explosives from his position and replaced him with the U.S. attorney in Arizona, Gary Restaino, who’s expected to remain in charge while Dettelbach’s nomination wades its way through the Senate.

The previous acting director, Marvin Richardson, was demoted to deputy director and will remain at ATF for now to advise Restaino. 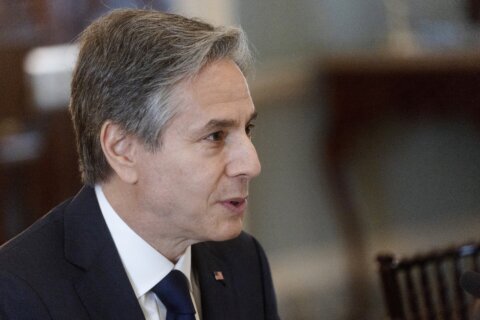