López Obrador tweeted that the conversation was “cordial” and that they “spoke of issues of interest to the bilateral relationship.” The agenda also included the upcoming Summit of the Americas in June in Los Angeles, and the end of coronavirus restrictions on asylum seekers trying to come to the U.S.

The two leaders also talked about addressing the root causes of migration through development initiatives in Central America and Mexico, according to a statement from the Mexican president’s office. They discussed the need to guarantee safe and sustainable ways of life for their citizens and migrants, as well as expanding legal pathways for migrants and refugees.

“In view of the unprecedented flows of migrants from throughout the hemisphere to our two countries, the presidents reiterated the need to build stronger tools for managing regional migration surges,” the White House said in a statement.

López Obrador, for his part, called on the U.S. government to invite all nations of the Americas to the summit “without excluding anyone.” The Biden administration has suggested that Venezuela, Cuba and Nicaragua are unlikely to be invited.

Both the U.S. and Mexico want to accelerate development and infrastructure projects along their shared border to continue strengthening North American supply chains and the cross-border agricultural and commercial activity, the statement said.

The meeting came at a moment of international and domestic tensions, as the war in Ukraine has contributed to inflation worldwide amid concerns about likely shortages of oil, natural gas and food.

Moreover, the expected end on May 23 of the public health ban on asylum seekers could trigger a rush of migrants to the U.S.-Mexico border. That would exacerbate tensions over immigration ahead of U.S. midterm elections to decide if Democrats retain control of the House and Senate.

The Trump administration imposed the so-called Title 42 restrictions on asylum seekers in March 2020 as the coronavirus pandemic began to accelerate. Officials said at the time that the ban was to protect public health, but immigration control advocates also saw it as a way to seal the border to migrants, a longstanding priority of then-President Donald Trump. Mexico is viewed as a key partner in managing the increase in migrants once the ban is lifted.

López Obrador said in his tweet that Foreign Affairs Secretary Marcelo Ebrard would visit Washington on Monday regarding “issues of cooperation for development and about the Summit of the Americas.”

López Obrador is also scheduled to visit four Central American countries and Cuba next week. In Central America, he plans to speak to his counterparts about economic development and social programs that could lessen the pressure for people in those countries to migrate. He has previously urged the U.S. government to support some of his initiatives in Central America.

On Ukraine, Mexico has condemned Russia’s invasion, but refused to follow the U.S. and other countries in implementing sanctions. The Biden administration has imposed sanctions and frozen central bank assets with the goal of eroding Russia’s military capabilities.

On another subject, the U.S. government has voiced objections to controversial energy sector reforms pushed by López Obrador that would favor state-run electric power generators over private plants. A law along those lines passed, but a similar constitutional reform failed in Mexico’s Congress last week. 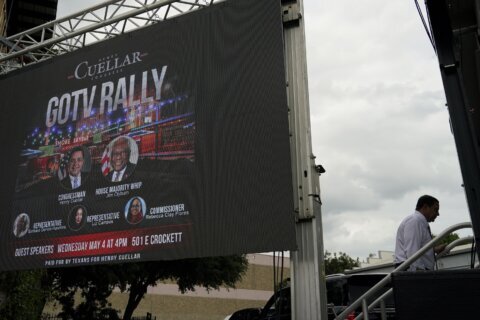