MADISON, Wis. (AP) — Wisconsin’s Republican speaker of the Assembly again rejected calls to decertify President Joe Biden’s win in the battleground state after meeting privately Wednesday with advocates for making that move that attorneys across the political spectrum have said can’t be done.

Assembly Speaker Robin Vos, who called the meeting, emerged to say he believed there was widespread fraud in the 2020 election but the focus should not be on relitigating that but instead on electing Republicans as governor and attorney general this fall.

“We don’t have the ability to unilaterally overturn the election,” Vos said of 2020, repeating his long-held position. “It can’t happen.”

Vos said the oath he took as an elected official and the constitution “doesn’t allow me to decertify any of the elections, whether I want to or not. That’s not going to happen.”

Decertification advocates, including Republican candidate for governor and current state Rep. Timothy Ramthun, had hoped to convince Vos to change his stance. They didn’t succeed.

Vos kicked Ramthun out of the meeting before it even began.

“More obstruction,” Ramthun said as he exited the room. “This is what I have been dealing with now for 17 months.”

Ramthun and Vos have butted heads over the election and its aftermath.

Vos and other Republican leaders have refused to take up Ramthun’s resolutions seeking to decertify the election. And in January, Vos removed Ramthun’s only full-time staff member as punishment after Vos said he falsely accused Vos of signing a deal with attorneys for former Democratic presidential candidate Hillary Rodham Clinton to authorize absentee ballot drop boxes.

Vos said the meeting was a chance for those who believe the 2020 election cannot be decertified to discuss it along with advocates for decertification. Nonpartisan attorneys who advise lawmakers were at the meeting. They have previously said it is illegal to decertify the election, as has the head of the conservative Wisconsin Institute for Law and Liberty.

Another meeting attendee, Jefferson Davis, presented evidence of what he said was widespread fraud. Statewide, 24 people have been charged with voter fraud, a miniscule percentage of the nearly 3.3 million people who cast ballots that is on par with past elections.

Vos has come under pressure from former President Donald Trump and other Republicans, including Ramthun, who support his false claims that the election was stolen and say Vos is not doing enough, including decertifying Biden’s win.

Biden’s win in Wisconsin by just under 21,000 votes over Trump has withstood lawsuits, recounts and reviews by the Wisconsin Institute for Law and Liberty and the nonpartisan Legislative Audit Bureau.

Ramthun told reporters after he was kicked out of the meeting that it should have been open to the public. He also urged the filing of criminal charges against anyone who broke the law related to the 2020 election, including members of the bipartisan Wisconsin Elections Commission.

Ramthun has emerged as one of the most vocal election conspiracy theory advocates in Wisconsin, using it as the primary issue for his run for governor. MyPillow CEO Mike Lindell, also a purveyor of false claims that Trump won the 2020 election, endorsed Ramthun. 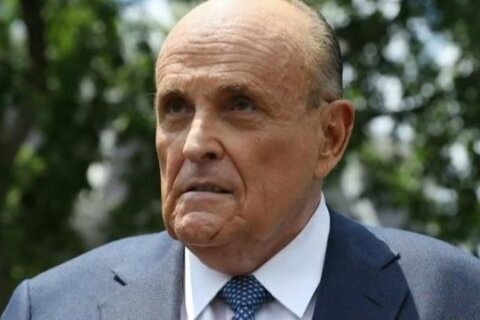