A near-physical altercation in the nasty Republican primary for U.S. Senate in Ohio led to a demand Monday from some military veterans that one candidate apologize for saying a rival who did two tours in Iraq never served in the private sector and didn't know anything about business.
Listen now to WTOP News WTOP.com | Alexa | Google Home | WTOP App | 103.5 FM

COLUMBUS, Ohio (AP) — A near-physical altercation in the nasty Republican primary for U.S. Senate in Ohio led to a demand Monday from some military veterans that one candidate apologize for his seeming insult, while the target of their request said he respects and honors the military but stands by his statement.

The heated argument came during a debate Friday evening among five candidates running for the GOP nomination to replace the retiring Republican Sen. Rob Portman. Democrats view the open seat as among their best chances to flip a seat nationally.

The debate became intense almost as soon as it began as former state Treasurer Josh Mandel attacked investment banker Mike Gibbons’ business dealings in his opening remarks. Soon, the two were standing face to face on the debate stage, shouting at each other as the moderator tried to keep their argument from further escalating.

Mandel accused Gibbons of “making millions” off stock in a Chinese company and Gibbons dismissively accused Mandel, who served in the U.S. Marines, of not understanding how investments work.

“You’ve never been in the private sector in your entire life,” Gibbons charged. “You don’t know squat.”

“Two tours in Iraq,” Mandel shouted after rising from his seat. “Don’t tell me I haven’t worked!”

“Back off, buddy, or you’re going to end up — ,” Gibbons told him, not finishing the sentence. “You’re dealing with the wrong dude.”

“No, you’re dealing with the wrong guy,” Mandel countered. “You watch what happens.”

“Sit down. Come on,” he said, sitting in a row with the remaining candidates. “This is ridiculous.”

Vance, who is also a military veteran, later slammed Mandel as “disgraceful” for using the Marine Corps as a “political football,” drawing loud applause from the crowd. “What a joke,” he said.

But 15 veterans backing Mandel wrote an open letter Monday saying they were “disgusted beyond belief” at Gibbons’ comments.

“Gibbons owes Josh and all veterans and those currently in the service an apology, (for) implying that ‘WE’ who served our country honorably and faithfully, never earned our way working in the private sector,” they wrote. “We all volunteered to serve our country away from our families, putting our lives in danger, so people like Mike Gibbons could make millions.”

Gibbons, meanwhile, said Mandel had initiated the physical aggression and made “several false, petty comments in an attempt to smear the new front-runner.”

“Josh Mandel is unhinged, unfit and flailing — because he’s losing,” Gibbons campaign spokesperson Samantha Cotten said. “He is only a professional at one thing: running for office.”

On the “Always Right With Bob Frantz” radio show out of Cleveland on Monday, Gibbons noted that his son and daughter-in-law are both active-duty U.S. Navy pilots.

Gibbons told Frantz that whenever he questions Mandel’s credentials on the economy, “his response is always, ‘I’m a Marine.'”

“My son’s risking his life every day for this country; Josh risked his life for our country. I have absolute nothing but respect for that, but it’s not the answer to every single issue,” he said. “You should have some expertise in something that might apply to the economic problem in this country, because we have a huge one.”

Even before the Republicans’ event, the Ohio Democratic Party had predicted it would be “the first of what will be a brutal debate season.” The Democrats dubbed the GOP race a “cavalcade of clowns.”

The tone was far more civil Monday evening when the candidates met again for another debate. Mandel even complimented Gibbons’ answer at one point when both men declined to say whether, if elected, they would support Mitch McConnell as Republican Senate leader.

But Friday’s confrontation was nonetheless front and center. Asked to explain what had happened, Mandel insisted that “Now is the time for fighters” and pledged to never back down from a fight.

Gibbons said the two had simply had a disagreement.

The other candidates, meanwhile, tried to use the spat to their advantage.

Vance, who had accused Mandel and Gibbons of making “a mockery of themselves with their phony tough guy antics” in a statement, criticized Mandel again for repeatedly invoking his service.

“I hate when people use the Marine Corps as a political football,” he said.

And former Ohio Republican Party chair Jane Timken, another candidate in the race, called the performance an “embarrassment.”

“Josh Mandel and Mike Gibbons acted like children,” she said, “and if I had been their mother I would have grounded them.” 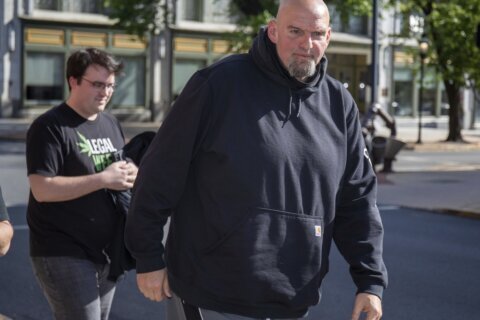 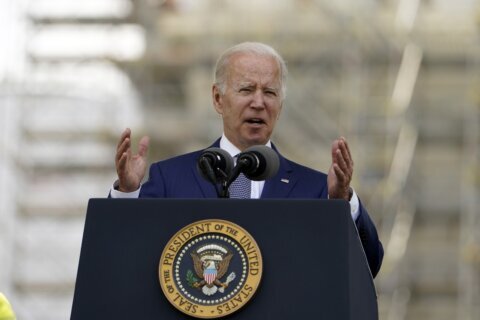