Three Democratic attorneys general on Monday sought to persuade a federal appeals court to revive a lawsuit to force the federal government to recognize Virginia’s 2020 vote to ratify the Equal Rights Amendment, and add it to the Constitution.
Listen now to WTOP News WTOP.com | Alexa | Google Home | WTOP App | 103.5 FM

RICHMOND, Va. (AP) — Three Democratic attorneys general on Monday sought to persuade a federal appeals court to revive a lawsuit to force the federal government to recognize Virginia’s 2020 vote to ratify the Equal Rights Amendment, and add it to the Constitution.

Virginia Attorney General Mark Herring, Nevada Attorney General Aaron Ford and Illinois Attorney General Kwame Raoul argued in court papers that a district court’s dismissal of the case must be reversed to vindicate their states’ “sovereign prerogative to ratify amendments that bring our foundational document in line with our Nation’s values.”

The attorneys general initially brought the lawsuit in January 2020, days after Virginia’s legislature voted to make the Commonwealth the critical 38th state to ratify the amendment. The vote came after years of efforts by advocates who argued the amendment would guarantee women equal rights under the law.

Constitutional amendments must be ratified by three-quarters of the states, or 38. But, complicating the matter, Congress enacted a ratification deadline for the ERA that passed decades ago.

After Virginia’s ratification, the Trump Justice Department issued a legal memo concluding that because the deadline had expired, it was too late for states to ratify. The only option for supporters was to begin the process all over again in Congress, the department said at the time.

The National Archives, which certifies the ratification of constitutional amendments, said it would abide by that opinion “unless otherwise directed by a final court order.”

Nevada and Illinois, which were the 36th and 37th states to ratify the amendment, then joined Virginia in filing suit.

In March 2021, a district court judge granted a request by the Trump administration and a group of Republican attorneys general to dismiss the lawsuit.

U.S. District Judge Rudolph Contreras said Nevada, Illinois and Virginia’s motives were “laudable” but they came too late. Contreras, an appointee of former President Barack Obama, also said the archivist’s publication and certification of an amendment are “formalities with no legal effect” so the archivist’s failure to do that doesn’t cause harm and there’s no standing for the states to sue.

In Monday’s brief, filed in the U.S. Court of Appeals for the District of Columbia Circuit, the states argue that the archivist’s refusal has injured their interest in preserving their role in the amendment process laid out in the Constitution. And they say the deadline placed in the proposing clause of the ERA doesn’t invalidate their ratifications “because Congress lacks authority to impose a timeline for ratification in this manner.”

“The ERA has been properly ratified by the states and any attempt to prevent its inclusion in the Constitution is without basis in law,” Herring said in a statement. “The Equal Rights Amendment will finally ensure true equality in our nation’s foundational document and correct an injustice of historic proportions.”

The ERA was initially proposed in Congress in 1923 and passed in 1972. Its first section reads: “Equality of rights under the law shall not be denied or abridged by the United States or by any State on account of sex.”

Advocates say the measure would enshrine equality for women in the Constitution, offering stronger protections in sex discrimination cases. They also argue the ERA would give Congress firmer ground to pass anti-discrimination laws.

Opponents warn it would erode commonsense protections for women, such as workplace accommodations during pregnancy. They also worry it could be used by abortion-rights supporters to quash abortion restrictions on the grounds they discriminate against women.

Monday’s opening brief came after the states filed a short notice in May 2021 that they planned to appeal. 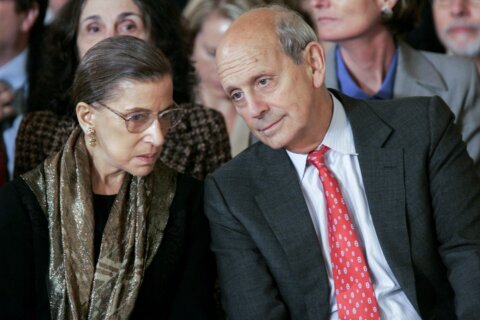 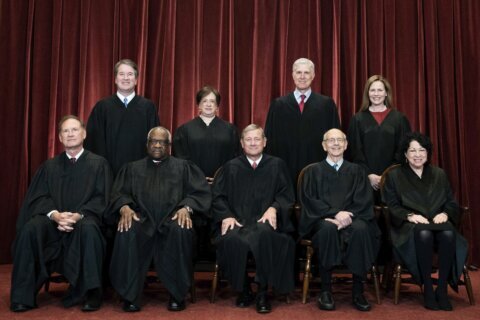