Sherry Bren’s testimony before a legislative panel was the first time that she has spoken in depth in public about Kassidy Peters’ application and about a meeting that her mother called last year to discuss the appraisal process. The panel began looking into the July 2020 meeting at the governor’s mansion after The Associated Press first reported on it in September.

Noem called the meeting a week after the state’s Appraiser Certification Program notified her daughter that her application was headed for denial. Peters ultimately obtained the certification four months later, in November 2020, and Bren said she was subsequently “forced to retire” from a program that she had led since its inception in 1991.

Bren testified that she felt “intimidated” at the July meeting, where she said Peters’ unsuccessful application was discussed in detail and a plan was formulated that gave her another chance to apply.

Bren said that she could not remember the agency forming what’s called a “stipulation agreement” for any other appraiser at that point in their application. She said it broke with established procedures, giving Peters a third chance to pass a work review; applicants are usually granted two opportunities.

Even before that, Bren said, Peters’ application had departed from established practice, when Noem’s labor secretary took an unusual, hands-on role that spring.

The legislative panel’s inquiry comes as Noem has positioned herself as a prospect for the GOP presidential ticket in 2024 and shown a willingness to jab at potential rivals.

Noem has denied wrongdoing, casting her actions as an effort to cut red tape to address a shortage of appraisers. Noem also has insisted the agreement was not broached at the July meeting and said her daughter had only given “her personal experiences through the program.”

“There’s been a continual narrative that I did something to help her get licensed, which is absolutely false,” Noem said at an event Monday.

In testimony Tuesday, Bren said she had expected to see Noem and her labor secretary at the July meeting, but was surprised it included others, including Peters and the governor’s top aides.

“Once I got there, I was very nervous, and, quite frankly, intimidated,” Bren said.

As she testified, Noem spokesman Ian Fury posted on Twitter that the agreement showed that Peters had to meet additional requirements to get her license.

In an email, Fury also questioned Bren’s credibility, pointing out that the agency had previously entered into a “stipulation agreement” with an applicant in 2017.

But Bren said that 2017 agreement was reached as part of the proceedings of a third-party review board, called the Office of Hearing Examiners, to which appraisers can appeal if they believe the agency mishandled their license.

“Once our case goes to hearing, then these documents are outside of my authority or control, and it would not be the same thing as what we’re talking about today,” Bren told the committee.

The 2017 agreement laid out a plan for an applicant to withdraw his application and submit a new one; Peters’ agreement allowed her to complete her initial application.

In another departure from normal procedure, Bren said Secretary of Labor Marcia Hultman had pushed in the spring for her to strike from Peters’ first agreement a requirement that she take additional classes as she tried for a second time to meet federal requirements. Bren said she could not remember a cabinet secretary ever getting involved in that process.

The agreement was signed more than a week after the meeting.

Bren’s appearance was compelled by subpoena. After she was pressured to retire last year, she filed an age discrimination complaint and accepted a $200,000 settlement that bars her from disparaging state officials.

Bren testified that she was “forced to retire.” Asked later to say why, she said: “I believe that it was age discrimination and beyond that would be strictly speculation on my part.”

Several lawmakers said they would like to see the state remove the nondisparagement clause from Bren’s agreement because it would let them get more information.

“This is a question about, was a longtime, dedicated employee, was she wrongfully fired? Was she wrongfully fired on behalf of a relative of the governor? And did the state end up paying $217,000 to cover that up?” said Sen. Reynold Nesiba, a Democrat. “And we’re not going to know the answer to that question because of this nondisparagement clause.”

The committee will draft a report on its findings, said Rep. Randy Gross, the Republican co-chair. He said that would “let the facts of what we learned stand on their own.”

This story has corrected the attribution of a statement to Sherry Bren and that she filed an age discrimination complaint, not a lawsuit. 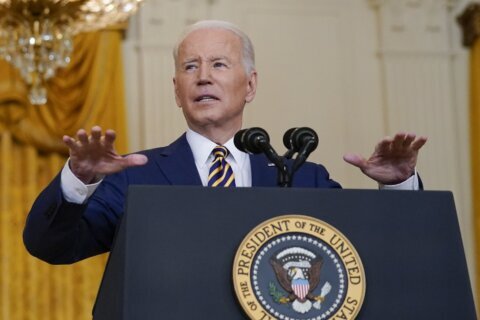 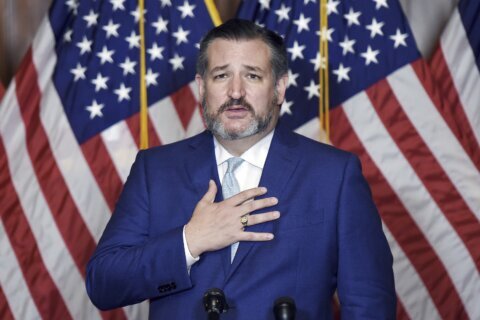