WASHINGTON (AP) — All of the U.S. military services have now begun disciplinary actions and discharges for troops who have refused to get the mandated coronavirus vaccine, officials said Thursday, with as many as 20,000 unvaccinated forces at risk of being removed from service.

Military leaders have warned for months that troops would face consequences if they did not follow what is considered to be a lawful order to get the COVID-19 vaccine. But only in the last week or so have they publicly begun following through on those threats.

It’s not clear how many could end up being discharged. But according to the services, at least 30,000 service members are not yet vaccinated, but several thousand of those have gotten temporary or permanent medical or administrative exemptions approved. Of the remaining — which is likely 20,000 or more — thousands are working their way through the exemptions process or have flatly refused. That’s about 1.5% of the roughly 1.3 million active duty troops.

The figures reflect a calculated risk — that the number of troops who would be forced from service for refusing the vaccine posed less of a threat to military readiness than the prospect of the virus running rampant among unvaccinated troops.

More than 12,000 have sought religious exemptions. And about 4,800 Army soldiers and Air Force airmen have flatly refused the vaccine, without seeking an exemption. The Navy and Marine Corps have not released their refusal totals.

“What he would tell these individuals if he had the chance to speak to them directly is to get the vaccine, if they are medically eligible,” said Kirby. “Get the vaccine because it’s the best way to protect themselves and their units. That’s the readiness concern — getting the vaccination rate as close to 100% as possible.”

His comments came as the Army became the last military service to reach the deadline for requiring active duty troops to get vaccines. On Thursday, the Army said 98% of its active duty force had gotten at least one shot, but that more than 3,800 soldiers flatly refused and could start being removed from the military next month.

The Marine Corps said 95% of its force has gotten at least one dose as of Thursday. About 97.5% of the Air Force and Space Force have gotten at least one shot, and a bit more than 1,000 have flatly refused. And 98.4% of the Navy is fully vaccinated. The Navy does not release totals of those with one dose.

Asked about the impact on military readiness if service members continue to refuse the shots and are discharged from the service, Kirby said troops still have time to do the right thing.

“We obviously hope that they will,” he said. “But if they don’t, it is a lawful order and it has to be obeyed because it is a valid medical requirement.”

While each service has developed its own process, all are following existing rules for when a service member disobeys a lawful order. Getting thrown out of the military for refusing a vaccine has been done very rarely. But service members are routinely discharged for disobeying orders — often getting an honorable discharge or general discharge with honorable conditions.

According to the data released Thursday, the Army, the largest military service, reported the fewest service members seeking religious exemptions — a bit more than 1,700 soldiers — compared with the three smaller services. In comparison, more than 4,700 in the Air Force, 3,100 in the Marine Corps and 2,700 in the Navy sought religious exemptions, according to data released by the services in the past week. None has yet been approved.

“Vaccinating our soldiers against COVID-19 is first and foremost about Army readiness,” Army Secretary Christine Wormuth said in a statement. “To those who continue to refuse the vaccine and are not pending a final decision on a medical or administrative exemption, I strongly encourage you to get the vaccine. If not, we will begin involuntary separation proceedings.”

In addition to the more than 2,700 Army soldiers who received written reprimands for refusing the shot, six were fired from leadership positions. Students at the U.S. Military Academy at West Point who refuse the vaccine and do not get an approved exemption will not be commissioned as officers.

The Army said more than 6,200 soldiers are seeking a temporary or permanent exemption, including the 1,746 religious requests. Nearly 3,900 have received temporary medical or administrative exemptions and four got a permanent medical exemption.

Temporary medical exemptions can include pregnancy or other reasons, and administrative can include those who are retiring or are in remote locations with no available vaccines.

Across the military, the vaccine reaction has mirrored that of society, with thousands reluctant to get shots. But overall the percentage of troops — particularly active duty members — who quickly were vaccinated exceeds nationwide numbers. According to the Centers for Disease Control and Prevention, about 72% of the U.S. population age 18 or older has gotten at least one shot.

Members of the U.S. military are already required to get as many as 17 vaccines, depending on where they are deployed, including for smallpox, hepatitis, polio and the flu. 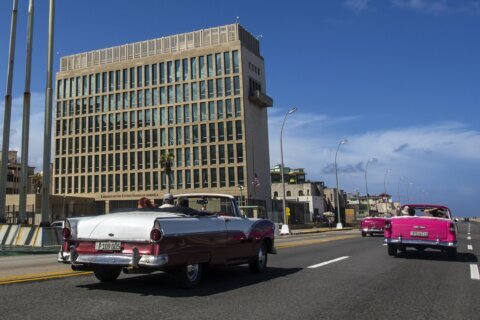 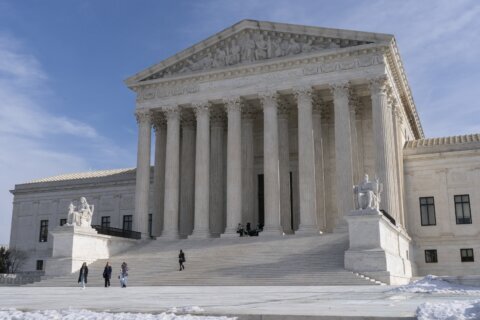 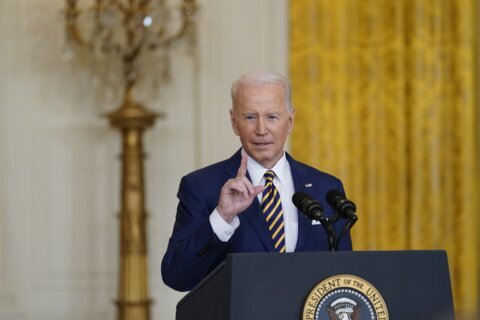