President Joe Biden is nominating longtime former senior State Department official Nicholas Burns to serve as his ambassador to China and former Chicago Mayor Rahm Emanuel to serve as his envoy to Japan.

Emanuel was also a former three-term congressman who served as President Barack Obama’s first White House chief of staff and was a senior adviser in President Bill Clinton’s administration.

If confirmed by the Senate, Emanuel will be dispatched to Tokyo at a critical point in the U.S.-Japan relationship as Biden has made strengthening relations with partners in the Pacific a priority as he increases focus on China.

Biden with his pick of Burns turns to a seasoned career foreign service officer to serve as his envoy to arguably the most difficult diplomatic mission. The president has repeatedly called China the United States most significant economic competitor and a rising national security concern and subsequently has sought to center his foreign policy on the Pacific in the early going of his administration.

The White House also announced that Biden was tapping Michael Battle, a former diplomat, academic, and military chaplain to serve as ambassador to Tanzania. Battle was executive vice president/provost at the National Underground Railroad Freedom Center in Cincinnati, Ohio. He also previously served as the U.S. representative to the United Nations Economic Commission for Africa and the U.S. ambassador to the African Union in Addis Ababa, Ethiopia.

Biden had considered naming Emanuel to serve as his transportation secretary but ultimately passed him over in the face of fierce opposition from some in the liberal wing of the Democratic Party who took issue with his record on policing and school closures in predominantly Black neighborhoods during his time as Chicago’s mayor.

Emanuel served as an informal adviser to Biden’s White House campaign and has been a significant force in Democratic Party politics for much of the last three decades.

He left Congress to serve as Barack Obama’s first White House chief of staff, helping the president shepherd his signature health care law and push for massive stimulus in the wake of the Great Recession.

As the House Democrats’ chief fundraiser in 2006, he was the architect of the wave election that delivered his party to the majority for the first time in a dozen years, and made Nancy Pelosi the first female speaker in history.

As mayor, Emanuel touted record high school graduation rates in the nation’s third largest city and his success recruiting several large corporations to relocate to Chicago among his chief accomplishments.

But he faced criticism for soaring homicide rates during his time as mayor, a fraught relationship with the Chicago Teachers Union, and mounting unmet pension obligations for city workers. Much of the city’s financial plight was something Emanuel inherited from his predecessor Richard M. Daley’s administration.

In 2018, he announced that he wouldn’t seek a third term as mayor as the city was bracing for the high-profile trial of a white police officer who fatally shot a black teen, Laquan McDonald, on a city street.

The 2014 shooting death of McDonald, who was shot 16 times, was one of the several high-profile police shootings of black men and women around the country that spurred national outrage and a larger debate about policing in Black communities.

Emanuel, facing reelection in 2015, argued against releasing police video of the shooting while the investigation was continuing.

After months of litigation – and after Emanuel was reelected to a second term – a court ordered the city to show the footage to the public. Emanuel’s relationship with Chicago’s Black community became strained following the video’s release.

Emanuel in a statement touted his decades of working with Biden and the importance of the U.S.-Japan relationship.

“The alliance between the United States and Japan is the cornerstone of peace and prosperity in a free and open Indo-Pacific, and I would proudly represent our nation with one of our most critical global allies in one of the most critical geopolitical regions,” Emanuel said.

Burns previously served as undersecretary of state under President George W. Bush and as U.S. envoy to Greece and NATO. He also served as State Department spokesman and spent five years on the White House National Security Council, a tenure that overlapped the Bill Clinton and George H.W. Bush administrations.

Burns is now the executive director of the Aspen Strategy Group and Aspen Security Forum. He’s also a professor of the practice of diplomacy and international relations at the Harvard Kennedy School.

If confirmed by the Senate, Burns will head to Beijing at a difficult moment.

U.S. intelligence officials are in the midst of a 90-day review focused on determining the origins of the COVID-19 pandemic, including any possibility the trail might lead to a Chinese lab.

The president has also pressed China’s Xi Jinping on his government crackdown of democracy activists in Hong Kong, human rights abuses against Uyghur and ethnic minorities in the western Xinjiang province, and what the U.S. sees as unfair and coercive trade practices.

The administration accused China of being behind a massive hack of Microsoft Exchange email server software and indicted four Chinese nationals on charges they tried to steal U.S. trade secrets, technology and disease research. China rejected the hacking accusation and demanded that Washington drop the charges against its citizens. 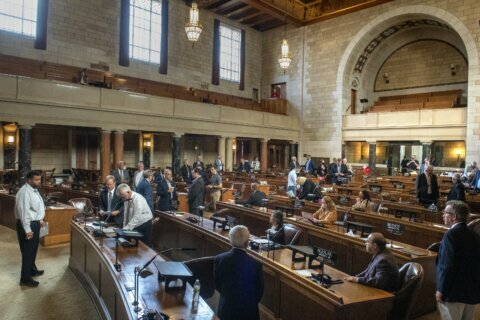 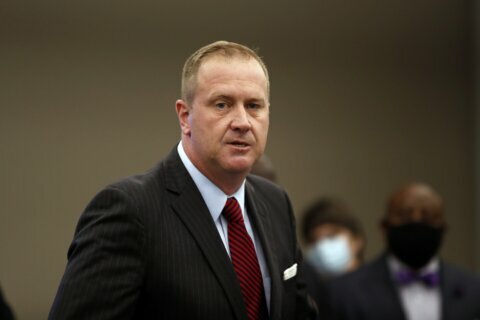