WASHINGTON (AP) — The radios crackled with a frantic call for backup at a federal prison in California: An inmate was found hanging in his cell. Help was needed immediately.

But the prison, like many run by the U.S. government, is so chronically understaffed that other prison workers who would normally rush to the scene weren’t able to leave posts where they were being forced to fill-in as correctional officers, two people familiar with the matter told The Associated Press.

Monday’s death was reminiscent of one of the worst crises in the history of the federal Bureau of Prisons — when Jeffrey Epstein took his own life while in custody at the Metropolitan Correctional Center in New York — and exemplifies the dangers of the agency’s severe staffing crisis, nearly three years after Epstein’s suicide cast a bright spotlight on an agency that has been besieged by serious misconduct in recent years.

The Associated Press reported last week that nearly one-third of federal correctional officer jobs in the United States are vacant, forcing prisons to use cooks, teachers, nurses and other workers to guard inmates. The expanded use of that practice, known as augmentation, has been raising questions about whether the agency can carry out its required duties to ensure the safety of prisoners and staff members while also putting in place programs and classes required under the law.

The 47-year-old inmate who died Monday at FCI Mendota, a medium-security prison just west of Fresno, was serving a more than four-year sentence for illegally reentering the United States after being deported. Juan Ramon Rodriguez-Barbosa was being held in the prison’s segregated housing unit and was found hanging by officers who were making their required checks of inmates in the unit every 30 minutes, the people familiar with the matter said. They could not discuss the details of the incident publicly and spoke to AP on condition of anonymity.

The Bureau of Prisons said responding staff members “immediately initiated life-saving measures” and called for emergency medical crews, but Rodriguez-Barbosa was pronounced dead at the scene.

The agency insists that there was an immediate response to the medical call and an appropriate number of staff members responded. But there were others who normally would’ve responded to such a call and couldn’t.

At the time of the incident, about half of the prison’s correctional officer posts were filled by workers whose regular duties do not include guarding inmates. The Bureau of Prisons says all prison workers are trained as correctional workers, regardless of position or job title. Fully staffed, there would have been more first responders rushing to the emergency call.

Just hours before Rodriguez-Barbosa’s death, the prison’s warden, Douglas White, wrote to the entire staff to complain about media coverage that he said “painted a negative image” of the prison. He told them it is “time to stop talking and printing negative information” about the staff there.

Federal regulations require all Justice Department employees — including those in the Bureau of Prisons — to report allegations of illegal activity or serious administrative misconduct to the Justice Department’s inspector general or internal affairs.

The warden’s email appeared to have been sparked by an AP story highlighting understaffing at Mendota and the protest by union officials. White had also sent other Bureau of Prisons employees with video cameras to record their fellow prison workers who were protesting and members of the media covering it.

“The Warden sent staff to determine what was happening. When they found out no threat existed, they returned to the institution,” a Bureau of Prisons spokesperson told the AP. The agency has refused to provide a copy of the video.

The Bureau of Prisons has been working to try to bring on more staff members — launching what it called a “hiring frenzy” — in February. The bureau says it hired nearly 4,000 new staff members in 2020 — more than in prior years — and that more than 500 additional hires are on the way.

And the bureau says it has been holding hiring events at several prisons across the country.

They included two on Wednesday: one at Mendota this week and another to attract staff to work at federal jails in New York City — facilities that a federal judge recently said were “run by morons” and left inmates in “inhuman” conditions.

But when The Associated Press visited the public park in downtown Manhattan where the event was supposed to be held, it was nonexistent. The Bureau of Prisons said the hiring fair was canceled “for safety and security” because of a rumor that a protest was going to happen in the same place.

The AP did not witness any large-scale protest in the nearly empty park; two people who were sitting at a table in the park said they were protesting police misconduct after being approached by an AP photographer.

The Bureau of Prisons said officials don’t like to cancel hiring events and were hoping to reschedule. An agency spokesperson said the bureau held about 20 hiring events, both virtually and in-person this year, to try to attract new employees to work at New York City’s federal jails.

“We absolutely would like to see as many hiring initiatives in the works as possible,” the agency said in a statement. “Hiring events are only one component of our recruitment efforts, and while we want them to proceed as planned, due to institutional needs, they may be postponed.” 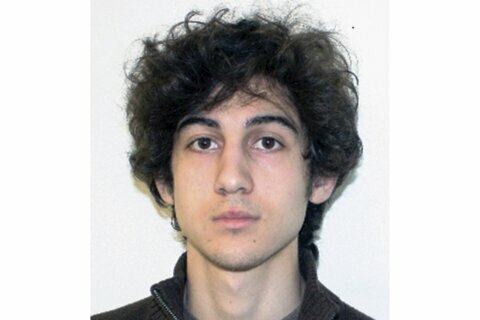