Federal officials said the investigations into the U.S. Capitol riot are still in their early stages, and they expect an "exponential" increase in cases.
Listen now to WTOP News WTOP.com | Alexa | Google Home | WTOP App | 103.5 FM

Federal officials said Friday that the investigations into the U.S. Capitol riot are still in their early stages, and they expect an “exponential” increase in arrests and cases brought forward in the coming days.

Acting U.S. Attorney for D.C. Michael Sherwin said there are currently 275 open investigations related to incidents that took place in and around the Capitol on Jan. 6.

“We anticipate that is going to grow easily past 300, probably by the end of the day, and then exponentially increase into the weekend and next week,” Sherwin said in a Friday conference call offering an update on the efforts to arrest and prosecute those involved in the deadly attack.

There have been 98 criminal cases opened as of 8 a.m. Friday. Most of those are federal felony cases, according to Sherwin.

“Initially, we were looking to fix, find and charge the low-hanging fruit — the individuals that we could easily round up and charge. A great bulk of those were misdemeanor cases,” Sherwin said. “But as the investigation continues, as the days and weeks progress, we’re looking at more significant federal felony charges, and that’s exactly what we’re doing in partnership with our local and federal partners.”

“This is an unprecedented incident,” said FBI Assistant Director in Charge Steven D’Antuono. “If this investigation was a football game, we’d still be in the first quarter.”

Sherwin pointed to the case of Peter Stager, of Arkansas, who has been arrested on charges related to beating a D.C. police officer with a flagpole with an American flag attached to it. He said that’s emblematic of the kinds of cases that are being sought going forward.

Some of those who participated in the riots were off-duty law enforcement officers, and Sherwin said that an individual’s career would have no impact on how they would be charged.

“We don’t care what your profession is, who you are, who you’re affiliated with: If you were conducting or engaged in criminal activity, we will charge you and you will be arrested,” he said.

Sherwin pointed to the Thursday arrests of two Rocky Mount, Virginia, off-duty police officers who participated in the riots as examples of this policy.

He also highlighted the case of Robert Sanford, a retired Pennsylvania firefighter who has been charged for throwing a fire extinguisher at police officers. Sherwin said this case was “the height of hypocrisy,” but noted that this was unrelated to the incident that led the death of Capitol Police officer Brian Sicknick, who was reportedly beaten with a fire extinguisher at the hands of the mob.

Sherwin said a number of people involved in the Capitol riot have turned themselves in.

Court documents filed by prosecutors in the case against Jacob Chansley, who was seen inside the Capitol wearing face paint while shirtless with a furry, horned hat, allege that there was a plan to “capture and assassinate elected officials.” But later Friday, Sherwin backed away from those claims, saying that there was no direct evidence of that at the moment, but that there are teams in place working on “more complex cases” related to the invasion of the Capitol.

D’Antuono, with the FBI, said that “enormous progress” has been made into the investigations into the riots, the pipe bombs that were found near the offices of the Republican National Committee and the Democratic National Committee, and Sicknick’s killing.

D’Antuono said the FBI has arrested over 40 suspects, and that more than 100 suspects have been taken into custody around the U.S.

One major source of information that law enforcement officials have been able to use has been tips coming in from the public, D’Antuono said. He asked that people continue to reach out and submit tips.

Anyone with information that could assist with the investigations into the riots can call 1-800-CALL-FBI (1-800-225-5324), or submit photo or video evidence online.

“In the past week alone, we have received nearly 140,000 photos and videos from the public,” D’Antuono said.

“For those of you who took part in the violence, here’s something you should know: Every FBI field office in the country is looking for you,” D’Antuono added. “As a matter of fact, even your friends and family are tipping us off. You might want to consider turning yourself in instead of wondering when we’re going to come knocking on your door — because we will.” 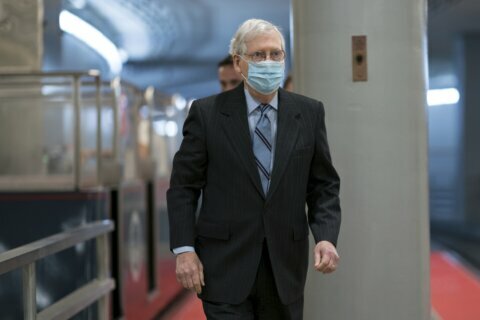 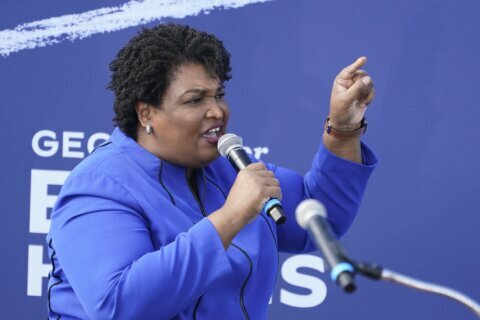