Impeachment hangover: Will Congress get anything done this election year?

Lawmakers of both parties on Capitol Hill don’t agree on much, but they do agree that the Senate impeachment trial has deepened divisions.
Listen now to WTOP News WTOP.com | Alexa | Google Home | WTOP App | 103.5 FM

The intensifying 2020 presidential campaign, along with the hangover of impeachment, have contributed to a politically polluted atmosphere in Congress that will likely keep lawmakers from getting much done before voters go to the polls in November.

Lawmakers in both parties don’t agree on much, but they do agree that the Senate impeachment trial has deepened divisions. And that makes it more difficult to reach across the aisle to pass legislation that leads to a signature from President Donald Trump.

The president’s acquittal by the Senate has seemed to only embolden him.

Trump issued a series of tweets on Tuesday in which he again challenged the Russia probe — conducted by former special counsel Robert Mueller — and raised questions about the case of his longtime political ally Roger Stone, who is scheduled to be sentenced Thursday for seven felony counts, including lying to Congress.

Congressional Democrats said they will continue to try to hold the president accountable; but for now, they appear less eager to pursue high-profile investigations of the Trump administration, due in part to concerns about voters with impeachment fatigue.

Sen. Chris Van Hollen, D-Md., said there’s little doubt that impeachment is affecting how things get done — or don’t get done — in Congress.

“I think it has an undeniable impact,” Van Hollen said, noting that lawmakers are still looking for opportunities to work together on national priorities.

“The impeachment trial showed the Senate at its worst. And I don’t mean the ultimate outcome, as much as I disagreed with that,” Van Hollen said. “I mean the process by which we got there.”

Like many other Democrats, he was disappointed in what he called a “sham” trial that did not include any witnesses.

Many Republicans, meanwhile, remain upset by the entire impeachment process and the inquiry into Trump’s effort to get the leader of Ukraine to investigate former Vice President Joe Biden and his son Hunter Biden, who once served on the board of a Ukrainian company.

House Minority Leader Kevin McCarthy blamed Democrats for not getting anything done on issues that are of concern to voters as impeachment proceedings moved forward.

“They focused their entire time based on impeachment, and they failed,” McCarthy said before Congress began its current break.

Democrats, in response, pointed to hundreds of pieces of legislation they have passed, which then go nowhere because Senate Majority Leader Mitch McConnell refuses to bring the bills up for a vote in the Republican-controlled Senate.

Currently, there seems to be little political appetite from either side to compromise.

Democratic presidential candidates have pressed the issue hard on the campaign trail, trying to show that they will address “kitchen table” issues that voters care about.

Republicans also want to lower prescription drug prices, but believe the Democrats’ approach relies too much on price controls, which they argued could undermine new research.

Rep. Greg Pence, R-Ind., recently spoke about the need to help people who receive surprisingly large medical bills. But, he had words of caution of how to go about it.

“Setting price controls on private transactions gives more power to the federal government and reduces access to health care,” said Pence, who is the brother of Vice President Mike Pence.

One area where there has been some signs of bipartisanship is on issues of foreign policy.

Sen. Tim Kaine, D-Va., recently worked to get support from eight Republicans, who joined Democrats to pass a war powers resolution on Iran that calls for Trump to get congressional support before taking any additional military action against Tehran.

Kaine said approval of the resolution was a “breakthrough moment,” and noted he was “really, really proud” that he was able to get bipartisan support.

Even if passed by the House, however, the legislation faces a likely presidential veto.

But moments of bipartisan cooperation on major legislation remain relatively rare, and the presidential campaign is only beginning. Members of both parties are much more likely to sharpen their differences as the presidential race moves ahead and they seek support from voters.

Trump is the first president in the nation’s history to seek reelection after being impeached.

President Trump goes on clemency spree, and the list is long 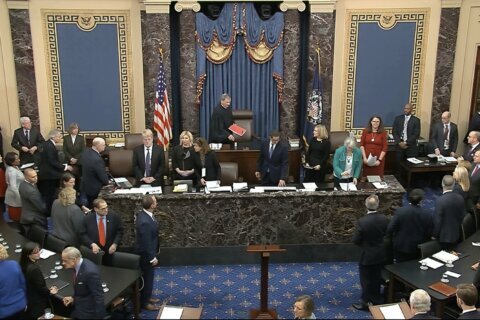 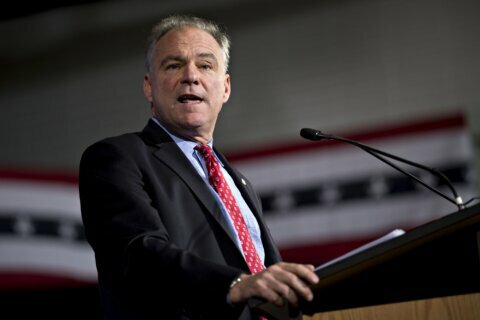