Contractors call for guaranteed back pay after government shutdowns

The 35-day partial shutdown left many contractors without back pay. "We should harness the pain of this most recent event and learn from it," the CEO of one company told a House subcommittee.
Listen now to WTOP News WTOP.com | Alexa | Google Home | WTOP App | 103.5 FM

About three months after the longest government shutdown in history came to an end, leaders of companies and unions representing federal contract workers are speaking out, asking for legislative changes to ensure that their employees are guaranteed back pay if another shutdown occurs.

“We should harness the pain of this most recent event and learn from it,” said Leidos CEO Roger Krone.

Krone was among a handful of witnesses who testified Monday in front of the House Subcommittee on Government Operations, which is chaired by Rep. Gerry Connolly, D-Va.

“I ask that we work together to find a way to enact legislation that will treat the contractor workforce just as their federal workforce counterparts are treated,” Krone said.

“Federal employees rightly received back pay for the days they were furloughed, but many contractors received no similar recompense,” Connolly said. “Many federal contract employees were never made whole.”

Ed Grabowski, a union leader with the International Association of Machinists and Aerospace Workers, said some of his members had to take out short-term loans to make ends meet.

“Many members still have not received any back pay for their lost wages,” Grabowski said. “This has resulted in an 8% loss of annual income for them.”

Companies are often left with two choices during a shutdown, he said: pay their employees and go out of business, or withhold pay and see their workforce leave them.

“For the companies, the last thing they want to do is to stop paying their workers because they will lose them,” Berteau said. “There are plenty of other options out there for people to go pursue.”

The shutdown led to the government being partially closed from Dec. 22, 2018 through Jan. 25. 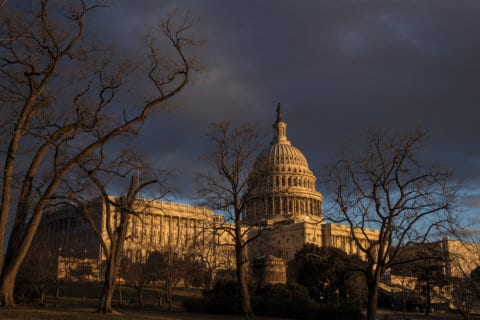