President Donald Trump was more deeply involved than the White House has indicated in a decision to keep the FBI headquarters in D.C., according to new documents released Thursday by Democratic members of a House oversight panel.
Listen now to WTOP News WTOP.com | Alexa | Google Home | WTOP App | 103.5 FM

WASHINGTON — President Donald Trump was more deeply involved than the White House has indicated in a decision to keep the FBI headquarters in D.C., according to new documents released Thursday by Democratic members of a House oversight panel.

Proposals to move the FBI headquarters from its current location on Pennsylvania Avenue, to either suburban Maryland or Virginia, were scrapped last year. Critics have suggested the president didn’t want a new commercial development to be built at the FBI’s current location if the agency moved, in part because the Trump International Hotel is just a block away.

Rep. Gerry Connolly, D-Va., is among the Democrats who signed the letter to the GSA.

“Candidly, we believe that President Trump’s personal involvement [in the FBI location] is inappropriate, if not unethical,” Connolly said in an interview with WTOP.

The letter from Democrats on the House committee said new documents — including government emails — indicate that Murphy, the GSA administrator, met with Trump, the FBI and White House officials in January.

The letter said the president “was directly involved with the decision to abandon the long-term relocation plan and instead move ahead with the more expensive proposal to construct a new building on the same site, and thereby prevent Trump Hotel competitors from acquiring the land.”

The GSA has not commented on the letter. But White House spokeswoman Sarah Sanders said Thursday that the Democrats’ assertions are wrong.

“The president wanted to save the government money and also the FBI leadership did not want to move its headquarters,” Sanders said in a statement to CNN.

The Democratic lawmakers’ letter contends that rebuilding the FBI headquarters on the current site would cost “hundreds of millions of dollars more than the long-term relocation plan” and that it would accommodate 2,306 fewer employees.

“We have heard no legitimate justification for this decision,” the letter stated.

D.C.-area lawmakers have been pressing hard to restart efforts to relocate the law enforcement agency.

“I absolutely believe that we’re going to continue to pursue this issue and get to the bottom of how this decision was made and hopefully reverse it,” Connolly said.

Officials in Maryland and Virginia competed for years to land the project, which could bring more than 10,000 jobs.

The release of the documents follows an earlier GSA inspector general’s report, which raised questions about GSA calculations related to constructing a new FBI building. The report also suggested that Murphy’s earlier testimony to Congress was incomplete.

In August, the GSA said in response to that report that its cost estimates were “accurate, transparent” and provided a full representation of costs of the projects.

Connolly said if Democrats take away control of the House from Republicans in the midterm election, he believes the issue of the FBI’s future will get a lot more attention.

He said it would likely be a “top priority” for many lawmakers on several House committees, who are concerned about the potential conflict of interest involving the president’s role in government and his private businesses. 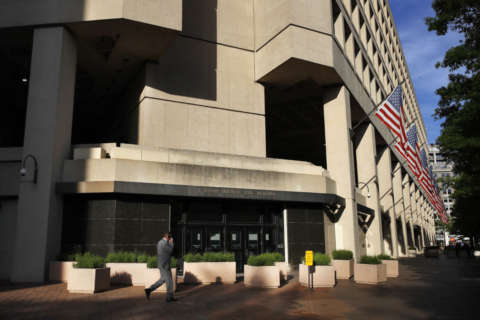 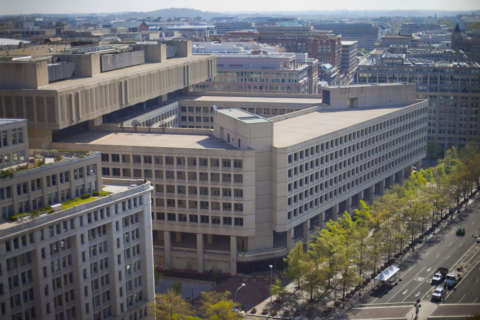 Could the new FBI headquarters end up in the suburbs after all?