Surprise! The Equal Rights Amendment is back

The Equal Rights Amendment, first introduced to Congress in 1923, appears to have a new chance at becoming part of the Constitution. It only takes one additional state to ratify the amendment, which guarantees gender equality on the federal level, and all bets are on Virginia.
Listen now to WTOP News WTOP.com | Alexa | Google Home | WTOP App | 103.5 FM

WASHINGTON — The Equal Rights Amendment, first introduced to Congress in 1923, appears to have a new chance at becoming part of the Constitution.

After almost 100 years of debate, the historic amendment would guarantee gender equality on the federal level, stating that “equality of rights under the law shall not be denied or abridged by the United States or by any state on account of sex.”

With Illinois’ ratification of the ERA on May 30, it would only take one additional state to meet the requirement that three-fourths of the states must ratify it.

Among the states that have not ratified the ERA yet — Alabama, Arizona, Arkansas, Florida, Georgia, Louisiana, Mississippi, Missouri, North Carolina, Oklahoma, South Carolina, Utah and Virginia — all bets are on Virginia to make gender equality a constitutional right.

To persuade their elected officials to ratify the ERA during the next legislative session that starts in Richmond on Jan. 9, a group of Virginians launched the “VA ratify ERA” campaign in late August.

Kati Hornung, the campaign organizer, told Capital News Service that she decided to push for the ERA mostly for her two daughters: “One of my girls is incensed that gender equality has not yet been written in our Constitution. Every Constitution written since 1950 has included gender equality around the world and the United States Constitution needs to do that as well.”

ERA supporters in Virginia are using social media, with the hashtag #VAratifyERA, to promote ratification among skeptical politicians and citizens.

More than just the symbol of having gender equality officially being part of the Constitution, ratifying ERA is a necessity for court deliberations on sex discrimination, she added.

“The main reason that we want to do that is judicial scrutiny,” Hornung explained. “Currently, gender discrimination cases only receive intermediate scrutiny and we want it to receive the same scrutiny as discrimination based on race, religion and country of origin, which is ‘strict scrutiny.’”

Equal protection under the law is also what pushed Rep. Carolyn Maloney, D-New York, to introduce the ERA no less than 11 times in past Congresses.

“Right now, women are not guaranteed equal rights by the Constitution,” Maloney said. “And we know that without the ERA we keep seeing attacks on women’s health, we haven’t yet closed the gender pay gap, and sexual harassment and assault is still far too prevalent. We’re treating the symptom and ignoring the disease. Women’s equal protection under the law needs to be explicitly stated in the Constitution.”

The congresswoman never obtained a legislative hearing for the ERA, which was last before a committee in 1984.

In June, Maloney organized a shadow hearing in front of the United States Capitol, along with other women rights activists such as Alyssa Milano, to bring attention to the amendment.

“The shadow hearing helped to significantly raise the profile of the ERA and highlight the outrageous lack of congressional action over the last several decades,” Maloney said. “I believe that will change if Democrats retake the majority in the House this fall.”

But even if Democrats win the House and Virginia ratifies the ERA next year, one last thing could still stop the ERA from being added to the Constitution: time.

When the ERA was passed in Congress in 1972, a clause was added setting a seven-year deadline for the amendment to be ratified by the states.

Thirty-five states ratified the ERA before the March 22, 1979 deadline — three states short of what was required to add the amendment to the Constitution. Then five states rescinded their earlier ratifications (Nebraska in 1973, Tennessee in 1974, Idaho in 1977, Kentucky in 1978 and South Dakota in 1979).

Although it is still unclear legally if the states’ rescissions were valid. Congress had anticipated delays. In 1978, lawmakers approved and President Jimmy Carter signed a three-year extension.

But by the new deadline of June 30, 1982, no additional state had ratified or rescinded the ERA.

ERA opponents, such as the Illinois-based Eagle Forum founded by the late Phyllis Schlafly, now claim that state ratifications voted after 1982 are not legitimate.

“Any vote for ERA today is null and void and would be an embarrassment to the state,” the Eagle Forum said on its website in April. The group has multiple objections to the ERA, including that it would “overturn all restrictions on abortion” and give women no additional rights.

ERA supporters insist that the ratification deadline is a detail that can easily be changed or removed by Congress.

“The deadline never happened until the 20th century — it is a modern day invention,” Hornung said. “The 27th Amendment (barring lawmakers from setting their own salaries without an intervening House election) took over 200 years to be added in our Constitution. I want the deadline to be removed.”

Since President Donald Trump’s election and the rise of the #MeToo movement, more and more people have been pushing for states to ratify the ERA, regardless of the deadline.

Maloney has noticed how the ERA has been resurrected among state legislatures and public opinion has made action possible.

“It’s no coincidence that since Jan. 20, 2017, two states have ratified the federal ERA and that there have been renewed pushes for state-level ERAs as well,” she said. “Congress would be wise to listen to their constituents. Ninety-four percent of Americans support an ERA — we need to get it done.”

Just in case the courts rule that the old deadline is valid, Maloney is sponsoring a bill to start the ratification process over again.

There are also separate bills in both houses of Congress, sponsored by Sen. Benjamin Cardin, D-Maryland and Rep. Jackie Speier D-California, to remove the deadline whenever the ERA would be ratified by the three-fourths of the states.

“At the end of the day, what matters is women’s rights being part of our nation’s highest legal document,” Maloney said. “We’ll get there one way or another. We’re covering all our bases.” 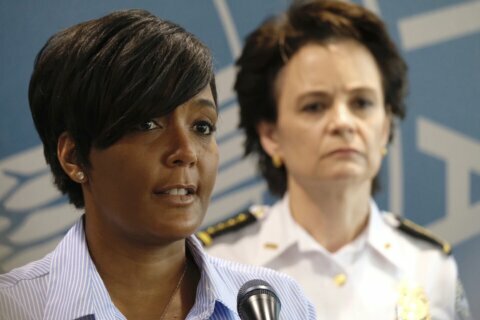 Black female mayors in spotlight amid protests and pandemic 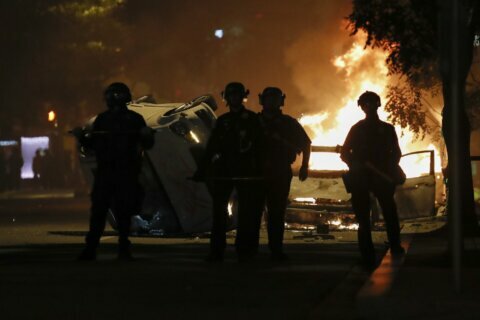 A look at the antifa movement Trump is blaming for violence