Answers to your questions about the government shutdown

The government shutdown has created a lot of uncertainty, especially as the workweek begins. Here are the answers to some of your questions.

WASHINGTON — The government shutdown has created a lot of uncertainty as the workweek begins. Here are the answers to some of your questions:

How long will the shutdown last? How close is Congress to reaching a deal?

The shutdown will last until Congress can reach a deal to fund government operations. The next vote is scheduled for 12 p.m. Monday. Negotiations went late into Sunday night but a deal has yet to be reached.

How do federal employees know if they have to report to work?

Federal employees should have already been told whether to report to work on Monday. Government employees fall into three categories on Monday: those who will go to work as usual; those who have been furloughed; and those who will show up for up to four hours to prepare for the shutdown — providing necessary notices and contact information, securing their files, completing time and attendance records and any other activities to preserve their work.

What do government contractors need to know? Will they get paid for time off during a shutdown?

It depends. If the contract or grant still has funds that have not expired yet, the work may continue as if nothing has changed. If the federal personnel the contractor works with is locked out, the contractor could be as well.

What are federal employees allowed to do while on furlough? Can they still check emails?

Will federal employees be paid?

Excepted employees (those who will continue working regardless of the shutdown) will automatically be paid after the shutdown ends. There are two bills in Congress to pay the people that are furloughed after they do return to work.

Will Congress be paid during the shutdown?

What’s open and closed during a shutdown?

Monuments and memorials will remain accessible to anyone who wants to walk around, however National Park Service staff meant to serve visitors will not be there. The U.S. Postal Service’s work will remain uninterrupted. The Library of Congress is closed until further notice. The Smithsonian and the National Zoo will remain open on Monday and will provide updates on what happens afterward.

How is D.C. impacted by a shutdown?

District services will continue unabated during a shutdown, D.C. Mayor Muriel Bowser said last week. There will be no impact to city trash collection, traffic monitoring, first responders or public safety activities. D.C. courts remain open and cases may be filed. However, be warned lovebirds: The marriage bureau is closed as is the child care center.

What about the military? Is it impacted?

What about federal courts?

The federal Judiciary will remain open and can continue operations for about three weeks. Most proceedings and deadlines will occur as scheduled but in cases where an attorney from an executive branch agency is not working, dates may be rescheduled.

Stay with WTOP for the latest developments on the government shutdown. What federal contractors should do during the government shutdown

Everything you need to know about the government shutdown 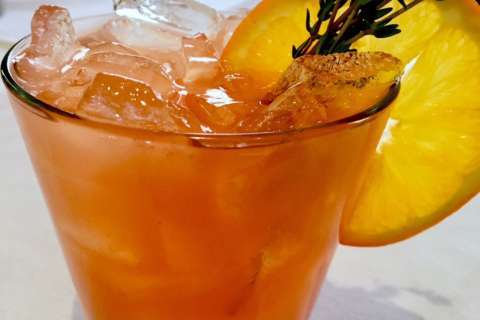 With federal government shutdown set, these specials kick in