A bipartisan group of governors, including Virginia Gov. Terry McAuliffe and Maryland Gov. Larry Hogan, called on Congress Tuesday to not repeal Obamacare, but to include them in efforts to improve the insurance system.
Listen now to WTOP News WTOP.com | Alexa | Google Home | WTOP App | 103.5 FM

WASHINGTON – A bipartisan group of governors, including Virginia Gov. Terry McAuliffe and Maryland Gov. Larry Hogan, said Tuesday that they’re glad to see some U.S. Senators “stand up” to the GOP health care plan and called on Congress to include them in efforts to improve the insurance system.

The eleven governors issued a statement warning that it would be a mistake to get rid of the Affordable Care Act — better known as Obamacare — without working to create something better.

“The Senate should immediately reject efforts to ‘repeal’ the current system and replace sometime later,” the governors said in a statement. “This could leave millions of Americans without coverage. The best next step is for both parties to come together and do what we can all agree on: fix our unstable insurance markets.”

The statement notes that Congress should press ahead with efforts to make health insurance more affordable, adding, “we are pleased to see a growing number of senators stand up for this approach.”

McAuliffe, in an interview with WTOP, said it’s time to “put politics aside” and develop a bipartisan approach to reforming health care. He also said lawmakers should tap into the governors’ expertise, to help bring down costs.

“We can save a lot of money,” McAuliffe said. “With generic drugs and other areas, and in the Medicare program, we can save billions once someone gets out of a hospital … do bundled services. There are so many things that we could do to save this program money.”

McAuliffe said it’s time to “get the governors at the table because we run these programs in our states.”

Several governors had called on their peers to release a bipartisan statement on the health bill at the recent meeting of the National Governors Association. But they held off, due to various disagreements. 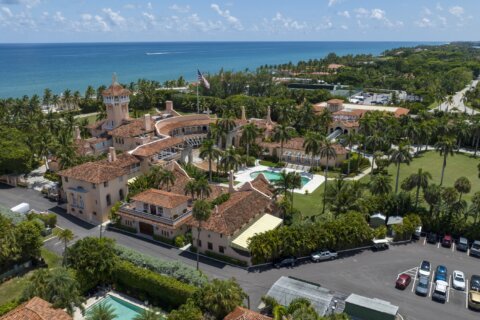