The chances of an American golfer being crowned as European No. 1 for the first time were already strong heading…
Listen now to WTOP News WTOP.com | Alexa | Google Home | WTOP App | 103.5 FM

The chances of an American golfer being crowned as European No. 1 for the first time were already strong heading into the Race to Dubai finale this week.

Jon Rahm’s withdrawal from the season-ending DP World Tour Championship has made it even more likely.

Collin Morikawa and Billy Horschel — Americans with big wins on English soil this year — arrived in Dubai as the top two players on the European Tour’s money list for the 2021 season.

Rahm was their nearest challenger in the Race to Dubai standings but the world No. 1 has pulled out, citing “the demands of a long season,” leaving only four other players in with a chance of finishing the season as the tour’s leading player — or what was formerly known as the Order of Merit winner.

And Tyrrell Hatton, Min Woo Lee, Matt Fitzpatrick and Paul Casey have their work cut out denying Morikawa or Horschel the Race to Dubai title, with all needing to win while also relying on neither American being near the top of the standings.

More likely is a duel between Morikawa and Horschel on what could be a historic week for the United States on the European Tour.

For Morikawa, the British Open champion, it is a second chance after entering last year’s tournament as No. 3 in the Race to Dubai standings but being unable to capture the title, which went to Lee Westwood. This time Morikawa is in first place.

“It’s comforting to come back to a course I’ve played at before,” Morikawa said. “Nothing has really changed. My game feels really good right now.”

Neither American could be classed as a European Tour regular. In fact, Morikawa tops the standings having only played two tournaments — the Scottish Open and the Dubai Desert Classic — outside of the majors and the U.S.-based World Golf Championships.

That didn’t stopped the tour awarding him honorary life membership on Wednesday, becoming the 57th person to earn it and the fifth American after Tom Watson, Jack Nicklaus, Arnold Palmer and Patrick Reed.

“I don’t take that lightly,” Morikawa said. “It’s a very strong list. And when you’re a part of that group and you’re able to make history as the first American (to win the money list), hopefully that sets the stage to see this is a growing game around the world.”

Winning the Open Championship at Royal St. George’s in July has basically propelled him to first place, where he sits on 3,856.40 points. That’s 236 points more than Horschel, whose big wins this year were at the Dell Technologies Match Play and then at the BMW PGA Championship, the European Tour’s flagship event based at its headquarters at Wentworth.

Lee, Fitzpatrick and Casey require the Americans to be even lower down the leaderboard.

For Horschel, this week — incidentally his first visit to Dubai — provides a chance to move closer to his ultimate goal of being inducted into golf’s Hall of Fame.

“Growing up in the States, all I thought about was winning on the PGA Tour, winning majors, being the Player of the Year on the PGA Tour,” the No. 21-ranked Horschel said. “I did grow up watching a lot of European Tour coverage, but I never envisioned myself playing over here or having the success I’ve had.

“So to be in the spot I am now, I tried the last couple months to sit back and picture the whole thing, try and decompress and understand everything that is in front of me.”

Fitzpatrick is the defending champion having won at Jumeirah Golf Estates last year for the second time, after 2016.

“I’m thinking I could probably play it blindfolded,” the Englishman said. 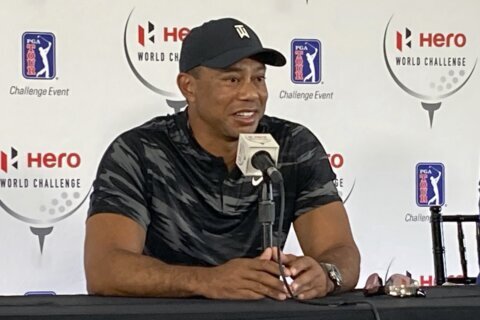 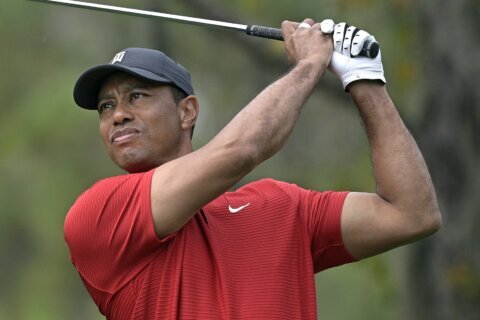