If you were trying to sell a group of local community leaders — from professional athletes to politicians to media personalities — on a vision for a successful charity event, you could have done a lot worse than the inaugural My Brother’s Birdies.

Last week, on an idyllic, mild and dry (by D.C. standards) summer day, more than 100 golfers teed off at TPC Potomac at Avenal Farm to help support and raise scholarship money for My Brother’s Keeper, an initiative started by President Obama in 2014 to support young men of color and promote racial justice.

In addition to the tournament itself, the First Tee of Greater Washington provided a clinic for youth participating in the MBK program, giving them a chance to experience the game for the first time. The tournament raised $36,000 in scholarship funds, or better than $1,000 per foursome.

There was no shortage of big names and faces around the area to help lend the event some star power, including retired NFLers Brian Mitchell, Antwaan Randle-El and Rock Cartwright, TV host Roland Martin and leaders from the local business community.

One of the faces among the golf carts was new George Washington men’s head basketball coach Jamion Christian. A native of Quinton, Virginia, just east of Richmond, Christian has spent much of his life in the region, as a player and head coach at Mount St. Mary’s, along with assistant jobs at William & Mary and VCU. But this was his first time getting involved with MBK.

“I don’t play golf often or well, but when you have a chance to do it for a great cause, we all should sign up for that,” he told WTOP.

There were more than 100 participants in all, though one certain former Commander in Chief was notably absent. However, there were appeals at the banquet to see if he might turn out next year.

“I think it’s important to keep in mind that for President Obama, golf has become a very important sport and outlet for him,” said Broderick Johnson, chair of the My Brother’s Keeper advisory council and former cabinet secretary to President Obama. “He’s very proud of the fact guys would come together and play golf to support MBK.”

Johnson was thrilled to see a community-organized event such as My Brother’s Birdies come together. With a three-year deal with TPC at Avenal, the event is slated to remain in Montgomery County for at least the next two years.

“That’s what we want to make sure happens, is any fundraising efforts, any volunteer efforts, any mentoring efforts are done and driven locally, and we’ll support those where we can,” said Broderick.

The tournament itself featured all the usual promotions and a stiff field of competition, with the winning squad finishing 20 under par in the scramble format. There were also some unique features, like a Trackman analysis for your drive off the tee box at the Par 5 10th hole courtesy of CitySwing, the indoor golf simulator in Downtown D.C.

With a successful first year in the books, the organizers hope to not only continue the tradition in Washington, but for other chapters of MBK to craft local events in their own communities.

“One of the things that we did after we left the White House was make sure that local communities really became the core of My Brother’s Keeper,” said Broderick. 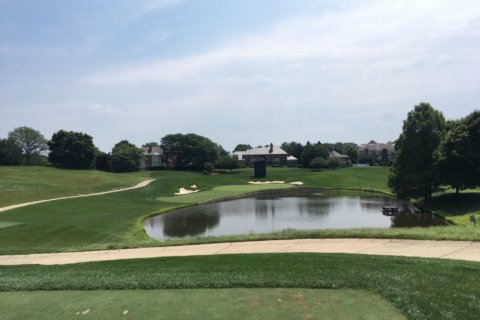 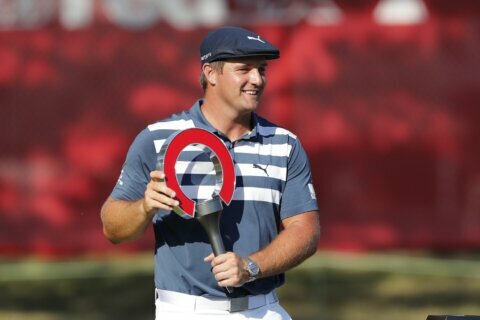 Column: The measure of DeChambeau is if anyone copies him 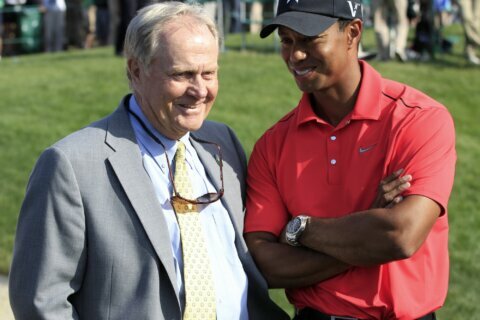