DALY CITY, Calif. (AP) — San Francisco Bay Area high school teacher Lisa Raskin moved out of a cramped apartment she was sharing with a roommate and into her own place this month, paying a deeply discounted $1,500 a month for a one-bedroom with expansive views within walking distance to work.

It was once an impossible dream in an exorbitantly priced region hostile to new housing. But her employer, a 4,000-student school district south of San Francisco, was the rare success story in the struggle to provide affordable housing and in May, it opened 122 apartments for teachers and staff.

“I have a sense of community, which I think is more valuable than anything else,” the 41-year-old San Francisco native said. “More districts really need to consider this model. I think it shows educators that they value them.”

The Jefferson Union High School District in San Mateo County’s Daly City is among just a handful of places in the country with educator housing. But with a national teacher shortage and rapidly rising rents, the working-class district could serve as a harbinger as schools across the U.S. seek to attract and retain educators.

“This is absolutely a solution for other districts. As we’ve gone through the process, we’ve learned of so many other districts interested in doing what we’ve done,” said Andrew Lie, a school board trustee. “For us to be at the front end of this new wave of teacher and staff housing is actually pretty exciting.”

“It’s like a great gift coming from the district,” said math teacher Eleonor Obedoza of her family’s new three-bedroom apartment.

In West Virginia, the American Federation of Teachers recently helped open a building with apartments for teachers and retail shops that officials hope will revitalize the rural town of Welch.

Teachers were traveling “hours and hours to get to school and back,” said Randi Weingarten, AFT union president. “So this became an idea to spark economic development and to create housing.”

Jeff Vincent, co-founder and director of the Center for Cities & Schools at the University of California, Berkeley, said such housing complexes are rare, but he expects more school districts to explore the concept given the benefits of teachers living in the communities where they work, so they can get to know students and families better.

But such projects face obstacles, including pushback from residents. Vincent urges districts to be cautious.

“One of the biggest barriers is the need for people to think outside the box,” he said. “There are skeptics of whether schools should be doing this with their land.”

Roughly a quarter of the 500 employees at Jefferson Union were resigning or retiring every year and the district, where teacher salaries for the 2022-23 year start at $60,000, could not compete with wealthier schools that pay new teachers $76,000 or more.

So in 2017-2018, officials came up with a plan to address recruitment and retention, including a $75 million housing complex for teachers and staff financed in part by a $30 million bond measure approved by voters in 2018.

The district also has a more ambitious plan to lease school property for a 1,200-unit development that would mix retail with market-rate housing and generate revenue to beef up teacher salaries. But the Sierra Club’s local chapter and others have expressed objections. They want more units at below-market rents and taller buildings to preserve more open space, including a decades-old garden scheduled for razing.

So far, the district is opposed to those changes, inflaming critics.

“It’s terrible the schools have to come up with schemes to build housing to pay teachers,” said Gladwyn d’Souza, a Sierra Club member who supports workforce housing but says there should be more homes for everyone.

Tenants at the school district complex can stay up to five years, hopefully using the time to save up for a down payment on a house.

Boston high school English teacher Shirley Jones-Luke, who bought her house nearly two decades ago, said there’s no way she’d be able to afford one today in the rapidly gentrifying neighborhood of Dorchester where she’s taught for years.

“It’s important to students to know that their teachers live in the same communities as them, shop at the same stores,” said Jones-Luke, who is Black. “They realize the teachers aren’t out of touch because we live in the same ’hood. I know what’s going on in the ’hood just as much as they do.”

In California, the 2016 study found only 17% of homes were affordable on the average state teacher salary of roughly $74,000, down from 30% in 2012. The average teacher could afford 0.2% of homes in San Francisco and none in Silicon Valley, where the median sales price of a home was $1.5 million in June.

California lawmakers in 2016 made it easier for districts to build workforce housing on school property, but some efforts have stalled over financing and residential pushback. Five workforce housing complexes currently exist in Los Angeles, Santa Clara and San Mateo county school districts.

After two decades of trying, San Francisco Unified plans to break ground this summer on a 135-unit complex for educators. It could be ready to lease in 2024 — two years behind schedule.

“It was a fight to get it, and it isn’t built yet,” said Cassondra Curiel, president of United Educators of San Francisco. “It’ll alleviate pressure, and it’ll be great for those folks who get in there. The bottom line and the objective truth is, it’s not enough.”

Jefferson Union was the rare success story, building the new complex on a former parking lot of an old high school currently used for district offices.

The apartments range in monthly rent from $1,356 for a one-bedroom to $2,511 for a three-bedroom, which officials say is 58% of market rate. There are multiple washers and dryers on every floor, a bike room and meeting rooms where teachers can socialize or collaborate on lessons.

Taylor and Darnel Garcia, both 27, despaired of ever moving out of a two-bedroom in-law unit that was too small for them and their children, ages 3 and 6. The administrative assistant and her husband, a mechanic for the school district, pondered whether they could afford to stay in the Bay Area.

“We were kind of floating in the unknown for a while,” she said after moving into their new three-bedroom apartment in May. “It’s so hard to say, ‘Hey, I have a good career, and I still can’t afford to live here.’ So this provided that for us.”

About 80 employees are to move in by fall and another 30 are applying, including about a dozen new hires, said Tina Van Raaphorst, associate superintendent of business services. The average annual salary of residents is $62,300, and includes janitors, cafeteria workers and bus drivers who earn far less than teachers.

Melissa Kallstrom, a mom to a district student, does not begrudge the employees their new homes. But she objects to plans to tear up the community garden she and others say provides rare green space.

“This hasn’t been developed. This has just come naturally,” she said of the garden.

Raskin understands change is difficult. She grew up in San Francisco’s Mission District, a working-class neighborhood now trendy with fashionable restaurants where she cannot afford to live by herself.

During the pandemic, she moved out of her mother’s house to share an apartment with a friend. But living quarters were tight. The chance to move into a place of her own was like hitting the jackpot, said Raskin, who teaches health and social science. 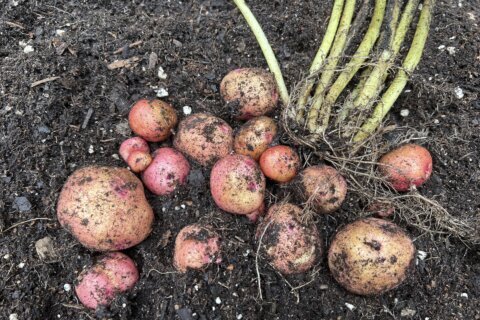 Unearthing your potato harvest: How do you know when to dig? 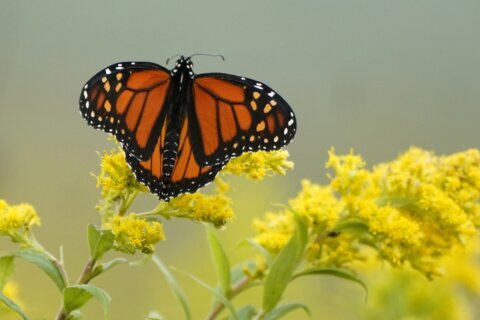 Monarch butterflies are in trouble; Here’s how you can help 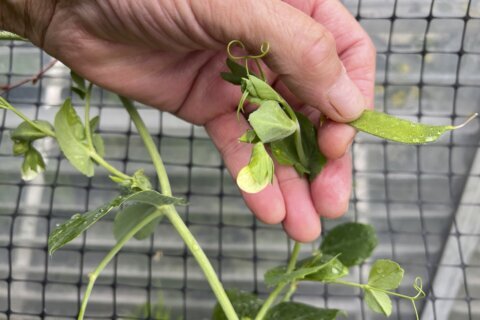 Start harvesting your garden veggies now, and keep it going