No grass can thrive in poor drainage

Core aeration is the a good way to start improving poor drainage, and this is the perfect time of year to aerate a warm-season grass like zoysia.

Jean in Woodbridge, Virginia, writes: “I have zoysia grass in the front yard that came with the house. It’s great for not requiring water or frequent mowing during the summer, but (it’s) getting a lot of wild violets on one side. Guess you’d call it a swale area when we get a heavy rain. I’m also seeing moss there.”

(McGrath note: Zoysia is a warm-season grass that is vibrantly green in summer. It always survives winter in our area but goes tan and dormant in cool weather, which can mean six months or more of straw color, depending on your local microclimate.)

Back to our question: Zoysia is tough, Jean, but no lawn grass can tolerate drainage as poor as you describe (moss is a sure sign of excessive wetness; a “swale” is a low-lying marshy area).

But your timing is great, because your first attempt at a cure is to improve the drainage by having the area “core-aerated” using a machine that pulls plugs out of the soil. And this is the perfect time of year to aerate a warm-season grass like zoysia. (Conversely, it is not the time to aerate cool-season grasses like fescue and bluegrass.)

Before you pull any plugs, reroute any gutters that are draining into that area. And try to choose a time when the soil is reasonably dry.

If core aeration and gutter directing don’t do the trick, you’ll have to have the area filled with new soil to make it level with the rest of the property, then replant with fresh zoysia plugs in the spring. Or make it a moss garden — then it’ll be green in the winter!

Don’t spray it; edge it!

Jean in Woodbridge continues about the zoysia grass in her front yard. “I bag my clippings so it doesn’t get thatch. And I know you hate chemicals, but I also spray Roundup along the edge of my asphalt driveway during the peak of summer because the zoysia runners grow into the asphalt and ruin it; and I just had the driveway replaced three years ago.”

You don’t need The Devil’s Juice to do this job, Jean — just buy an inexpensive tool called an edger and run it along the side of the driveway a few times a summer. Or have some good-quality edging driven into the area to make a permanent physical barrier that will keep the grass away from the asphalt.

Oh — and stop bagging your clippings: Warm-season, low-growing zoysia is naturally prone to thatch, and leaving the clippings behind will actually help limit the amount of thatch in the lawn. If it doesn’t limit it enough, get a special rake sold specifically for zoysia grass lawns. These rakes are widely available, and the dead thatch makes a great plant mulch!

(That is, unless you used Roundup on the lawn, of course.)

Mike in Loudon County, Virginia, writes: “A couple of years ago, I purchased a very popular product that was supposed to kill and/or stop many kinds of weeds. I applied it exactly as directed on the bag, and weeds popped up everywhere!

“After a month of back and forth with the manufacturer, including photos of the weeds, copies of the receipt, answering their questions, etc., I received a full refund (the product was ‘guaranteed’). So I got my $350 back, but I still have lots of weeds growing aggressively. I have a new blade on my mower and cut once a week at 3 inches high. Now what?”

Thousands of emails from listeners strongly suggest that your experience with chemical weed killers is the rule, not the exception, Mike. (Except that you persisted and got your money back — good for you.)

Now, stop cutting weekly. Instead, measure the grass. I’m not saying you’re wrong about your 3 inches, but let’s get a ruler out there. Once the turf gets to 4 inches, take off an inch. Keep that blade sharp.

Be sure to water only deeply and infrequently; no more than once a week, and that’s only if we don’t get an inch of rain.

And leave your clippings on the lawn — unless any of the weeds have gone to seed.

Tolis in Arlington, Virginia, writes: “Did I miss out on the time to use corn gluten meal to prevent weeds? You say to do this when the forsythia start blooming, but with our wacky weather, mine started to bloom in January. Is it too late now?”

Well, Tolis — as you note, the timing book has been so thrown out the window that I’m not sure there was a reliable time to use any kind of pre-emergent this spring. (I tried to follow the soil temperatures online, but it was like trying to read “Finnegan’s Wake” while riding a poorly maintained Wild Mouse roller coaster.)

As I have been emphasizing the last couple of weeks, people who want the fewest weeds in their lawn really just need to bear down and grow their lawn correctly — especially now, when it is essentially illegal to use corn gluten meal as a pre-emergent herbicide.

“Step away from that bag of corn gluten, and keep your pruners where I can see them!”

Tolis in Arlington is one of many who ask if they have missed the “window” for using corn gluten meal as a pre-emergent herbicide to prevent dormant weed seeds like crabgrass from germinating.

It really doesn’t matter, Tolis, as the new lawn care laws in Maryland and Virginia forbid the use of enough corn gluten to do the job.

The original “CGM” research performed at Iowa State University in the late 1980s found that applying 20 pounds of corn gluten meal per thousand square feet of turf at the correct time in spring would both feed the lawn and prevent dormant weed seeds from sprouting. But the new laws designed to protect the Bay from fertilizer pollution only allow about half that much — the rough equivalent of 10 pounds of corn gluten per 1,000 square feet of turf. That’s still a superb lawn food, but it’s half the amount needed to prevent germination.

Corn gluten is essentially all nitrogen; the primary lawn food and one of the nutrients regulated by the new laws. And no — those laws don’t distinguish between natural slow-release fertilizers like corn gluten and cheap fast-release chemical ones that get into the water supply much faster.

But I can live with that as long as “the other side” plays fair.

That means that if you see a lawn fertilizer for sale in Maryland or Virginia whose first number on the label indicating the relative amounts of NPK (nitrogen, phosphorus, potassium) is more than 10, you can — and should — rat them out. And that middle number — phosphorus — should be zero.

I still like corn gluten as a fertilizer. Its slow release of nitrogen is perfect for growing a healthy turf. And a healthy turf will, over time, crowd out almost any weed.

Send your garden questions to Mike! Garden Plot: What to keep in mind on your next grocery store run 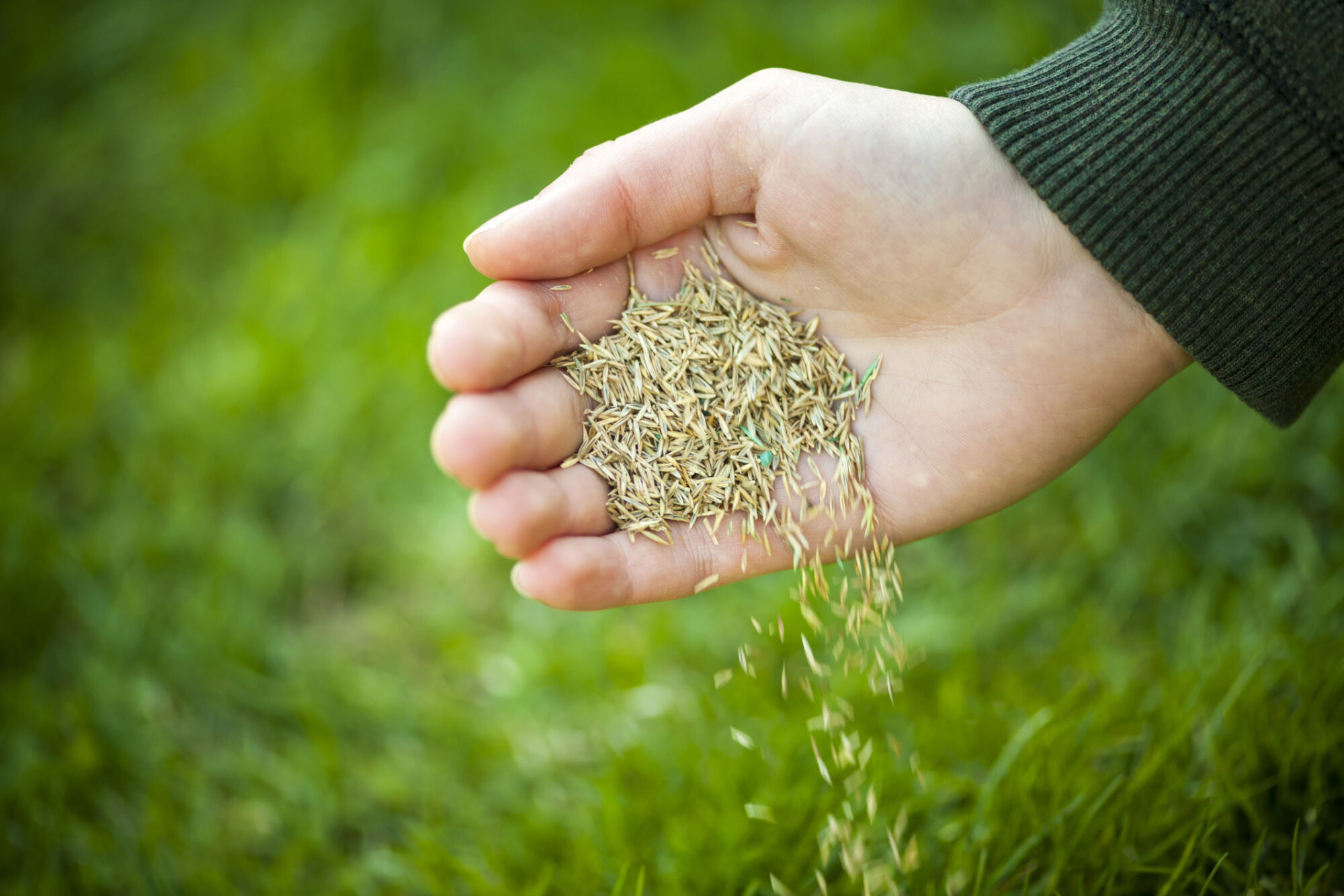