Justin Schmidt is in the business of pain.

“I’ve been called many things over my lifetime, but I think some of my favorites are ‘King of Sting,’ and ‘The Connoisseur of Pain,'” Schmidt says. He’s definitely put in the work to deserve both those titles.

“I’ve probably been stung at least a thousand times,” Schmidt says. “A lot of them were boring stings.”

What’s a “boring sting”? “Any time you work with honeybees, sooner or later you get a pinch, so you get stung. You hardly count those.”

Schmidt’s fascination with pain began by accident when he was a Ph.D. student at the University of Georgia.

“I was a chemist and I was looking for interesting projects that I could do in chemistry which involved insects,” Schmidt recalls.

“I was down in Georgia and I got stung by a harvester ant … They really hurt, and I thought, ‘Ow, chemistry right here.'”

That set him off on a journey to try to understand the science behind the venom and the pain.

“I thought, ‘I’ll go out and compare a bunch of other stinging insects and see how different they are in chemistry,'” Schmidt remembers. “In the process you get stung by yellow jackets, paper wasps, fire ants, solitary wasps, and I would record.”

He created his own pain scale

Those occupational hazards led him to develop his very own pain scale, known as the Schmidt Sting Pain Index.

“I started realizing there’s data here. What can I do with this?” Schmidt says. “I realized I could score them on a pain scale from one to four. That was just basically the genesis of the pain scale, that I wanted to get something useful out of all that suffering I’d done.”

In his pain index, ‘one’ measures as the mildest sting and ‘four’ as the most excruciating. The index only includes stinging ants, wasps and bees — no caterpillars, biting flies or spiders are included.

“Automatically, a ‘one’ would be a fire ant,” Schmidt starts off. “Kind of a sharp, piercing, like electric sharp shock … It’s not terribly serious and it lasts a couple of minutes.”

He describes the pain delivered by a sweat bee — another ‘one’ on the pain scale — like “a tiny spark has singed a single hair on your arm.”

“The honeybee is ‘two,’ which is kind of average,” Schmidt continues.

“A ‘four’ is absolutely excruciatingly debilitating, incapacitating, just shuts you down,” he says. “It’s like every nerve is firing in your whole body at the same time. It’s just absolute sheer pain.”

But don’t worry too much about running into one of these critters.

“The good news is there aren’t very many ‘fours,'” Schmidt says. “There’s only three of them out of 80-some insects I have run across.”

One insect stings worse than the rest

One of those infamous ‘fours’ is a bullet ant.

“There’s nothing even close to them,” Schmidt says. “I’ve spent 35 years going around the world trying to find anybody who could compete with the bullet ant and pain, and there’s nobody even close to it. This thing will hurt you 12 to 36 hours, some people it goes on for a couple of days. It just throbs, it goes through crescendos of pain.”

It’s important to note that Schmidt does not purposefully seek to be stung — his stings are mostly happenstances that come along with the job. His primary research involves collecting insects to learn more about their venom, why they sting, how they sting and how we can benefit from their stings.

“I’m not sure I’m brave enough to say, ‘I think I’m going to go out today and get stung by a bullet ant. Gee, that would be fun,'” Schmidt says. “No, I see a bullet ant and I say, ‘I need bullet ants because they have really interesting chemistry.’ In the process of trying to collect them, it turns out sooner or later you’re going to make a mistake.”

He’s using his research to help people with chronic pain

His research on venom chemistry has brought about some important, practical uses.

“One of the things we’re working on is trying to figure out pain receptors that cause chronic pain, people that have cancer, or some autoimmune diseases or arthritis,” Schmidt says. “For example, the tarantula hawk has a very intense, very pure pain. It affects a specific receptor … We can target that receptor to cause pain on a tissue culture — this isn’t in a living person or animal — then we can test our pharmaceuticals that we may have to see if we can block this pain.”

For Schmidt, pain can help guide us to what is really wrong.

“Pain is this amazing sensation … I think of pain as being the body’s way of keeping me out of trouble,” Schmidt says. “Pain isn’t truthful. It’s telling us that damage is about to occur, has occurred or is occurring, but it’s not really damage. Pain is just the warning that damage might be potential.”

There’s poetry to the pain

Beyond the numbers and the data, there is a level of poetry to the way Schmidt approaches pain. In his book “The Sting of the Wild,” he describes pain like fine wine, calling one insect’s sting “rich and full-bodied in appearance, but flavorless,” and another as “pure, intense, brilliant pain, like walking over charcoal and a 3-inch nail embedded in your heel.”

“Humans are music and they’re poetry, they’re art and they’re language,” Schmidt waxes lyrical. “To get across the concept better, that was why I made these verbal descriptions. I think that really gives you the essence of what the pain feels like much more strongly and much more effectively than say, ‘It’s a ‘three.'”

Beyond his forays into pain, at the core of Schmidt’s work is a focus on protecting and cohabiting with the insect world. “They live on this planet just like we do,” Schmidt says. “They’re part of the Earth, just like we are.” And each insect plays a vital part in maintaining our ecosystem.

“Bumblebees pollinate our tomatoes and our cucumbers and many of our other plants that we eat as vegetables,” Schmidt says. “They’re important.”

“Ants, they control a lot of the insect pests we have out in the world,” Schmidt continues. “Paper wasps eat those big horn worms that are eating up your tomatoes in your garden.” Even yellow jackets control the populations of biting flies.

“Insects in general don’t need us, but we need them,” Schmidt says. “If all the insects on Earth died, pretty soon life would be uninhabitable.” That future might be our reality sooner rather than later.

Forty percent of all insect species could become extinct

More than 40% of insect species could become extinct within the next few decades largely due to habitat loss, pesticide use and climate change, according to a 2019 report published by the journal Biological Conservation. The impact of that loss could be devastating to life on Earth. Insects have been a core, structural part of the world’s ecosystems for nearly 400 million years and a key part of maintaining our agriculture. They are necessary for human survival.

Part of Schmidt’s mission is to help spread his passion and love for nature so that people stop operating with fear around insects, and instead begin to appreciate the beauty of their surroundings and the ways in which insects contribute to it.

“To me, insects are amazingly beautiful,” Schmidt says. “You see how the ant walks and you see, isn’t this amazing? Six legs, can I imagine? Sometimes I can’t even keep my two legs coordinated and they do six, it’s just the sheer beauty of that.

“You see a butterfly flash his blue and then disappears as its wings open and close,” he says. “You see beetles, you watch the magnificence — here’s this hard, little beautiful beetle, and wings come out and they’re three times as long as the body and it can fly. This is sheer beauty.”

“I think it’s important that we realize we’re on this planet Earth, this little blue, beautiful ball that we’re coinhabiting with insects,” he says. “We all need each other. Insects do something good, we do something good — we hope — and we should all get along and just enjoy the life together.” 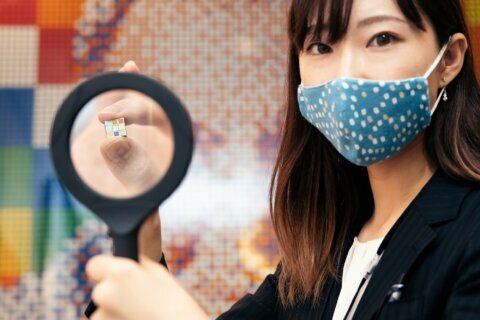 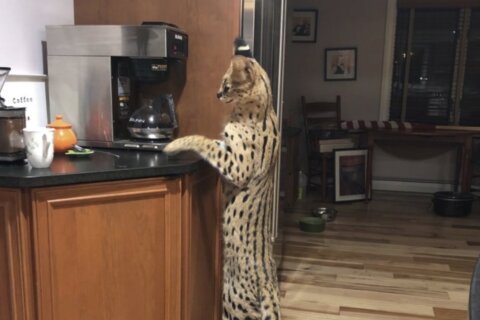 Spartacus the serval cat found safe after escape from home 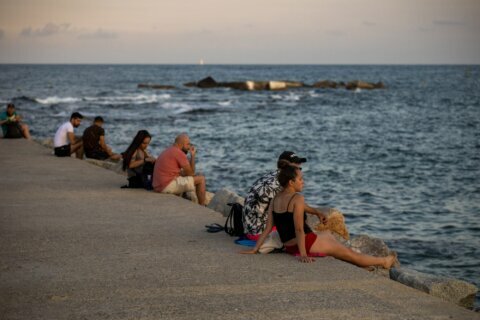 Police used drones to monitor nudity at a Minnesota beach