WASHINGTON — A Frederick County sheriff’s deputy died of an apparent suicide Monday in his home, just hours after he was arrested on charges of distributing marijuana, authorities said.

Sheriff’s officials had been serving a termination notice at Vincent Jones’ Frederick City, Maryland, home and were talking with a relative around noon when they heard a loud noise from the second floor.

Earlier Monday morning, Jones had been charged with distribution of marijuana, possession with intent to distribute marijuana and possession of over 10 grams of marijuana. He was released on bond.

A complaint to sheriff’s officials days earlier led to their investigation of Jones. Authorities said they found that he had given over 11 grams of marijuana, unsolicited, to someone “he was attempting to foster a personal relationship with.”

That marijuana had been confiscated from an earlier traffic stop, they said.

Jones was originally hired as a correctional officer in 2011, then hired as a deputy recruit last year. 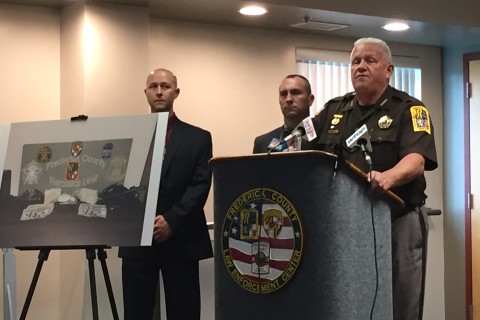