President Biden now has his first major legislative victory – congressional passage of his $1.9 trillion covid relief package, which has put money in the bank accounts of millions of Americans.

The Biden administration is also ahead of its own ambitious schedule for vaccinating people against the coronavirus, though hurdles remain.

The president had initially pledged to get 100 million shots in arms within his first 100 days. That goal was met on March 12, just over halfway into the first 100 days of the president’s term.

The president has pledged that all adult Americans will be eligible to get the vaccine by May 1.

As for covid relief legislation, stimulus checks of $1,400 for individuals earning less than $75,000 began landing in bank accounts within days of the House giving final approval to the package on March 10.

Also within days of the vote, President Biden and Vice President Kamala Harris began traveling across the country, to tout details of the legislation.

“It’s critically important to keep our restaurants afloat,” he said during a recent virtual news conference to discuss the legislation.

But no House or Senate Republicans voted for the legislation. GOP lawmakers said they will continue to hammer away at the package, charging it’s bloated with Democrats’ spending priorities.

Republicans have repeatedly argued that less than 10 percent of the nearly $2 trillion measure goes directly toward addressing the coronavirus.

Senate Minority Leader Mitch McConnell called it one of the worst pieces of legislation he’s seen passed since he’s been in the U.S. Senate.

As the political back-and-forth continues over the covid relief, the Biden is pressing ahead with efforts to greatly expand vaccinations.

Health experts have cautioned that Americans shouldn’t get complacent as more and more people get vaccinated, urging them to continue wearing masks and social distancing.

Still, businesses are gradually continuing to reopen in states across the country.

President Biden has said he hopes that the country will get closer to normal by July 4. 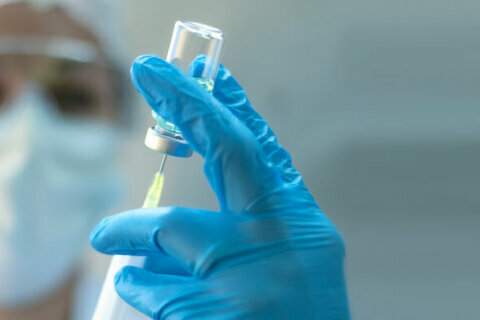