Paul Gallico’s 1958 novel “Mrs. ‘Arris Goes to Paris,” about a British cleaning lady with high couture dreams, wouldn’t seem to have even a stitch of contemporary relevance. Yet Anthony Fabian’s charming adaptation, snuggly tailored to star Lesley Manville, proves the durability of a good fairy tale and a smashing dress.

The film, which open in theaters Friday, has added an “H” to the title, in case the cockney accent got lost in translation. But “Mrs. Harris Goes to Paris” has not otherwise skimped on a warm helping of plucky British decency in resurrecting the tale of Ada Harris (Manville), a widow in post-WWII London who hasn’t lost her stiff upper lip and good-natured optimism despite little that has gone her way in midlife.

She and her best friend, a fellow cleaner named Vi (Ellen Thomas), spend most of their days at the service of wealthy aristocrats who duck their payments, pleading poverty. At the pub, they’re more likely to be asked to watch a dog than to dance. “That’s what we are, Vi,” says Ada. “The invisible women.”

Nevertheless, hope hasn’t gone out of Ada’s life. When she catches sight of her lady’s gown, a Christian Dior purchased for 500 pounds, Ada is completely enchanted and becomes determined to raise the money for one, herself. Aside from all the work and good fortune at the greyhound races needed to raise the money, realizing her dream requires much more than a trip to the nearest luxury store. Ada must travel to the House of Dior in Paris, a quixotic notion for anyone of her stature.

“You’re a dreamer,” says her bookie friend (Jason Isaacs). “Plain as the nose on your face”

Yet Ada manages it. Along her journey, she’s met by many who disapprove of such a low-class woman reaching for the hem of high-class elegance, among them, Isabella Huppert, playing a condescending atelier manager who tries to shoo her out.

But many of those Ada encounters are immediately disarmed by the sincerity of her quest. She’s not aiming for a status upgrade; she just loves the dresses, that’s all. Ada’s straightforward and kind manner wins her a number of allies, including a courteous marquis (Lambert Wilson), a melancholy model (Alba Baptista) and a helpful accountant (Lucas Bravo).

With their help, Ada and her rolls of cash get a seat at a Dior fashion show, with pieces re-created by costume design master Jenny Beavan (“Cruella,” “Mad Max: Fury Road,” “Howards End”). For Manville, who memorably played Cyril, the imposing sister of Daniel Day-Lewis’ meticulous designer in Paul Thomas Anderson’s “Phantom Thread,” it marks a return — through a very different entryway — to a mid-century house of fashion. For the terrific veteran character actor of Mike Leigh’s films and many others, it’s a lovely, lighter turn for Manville, and a most-deserved leading role.

Fabian’s film embraces the familiar beats of its story, bathing “Mrs. Harris Goes to Paris” in the twinkling glow of fairy tale. It’s best in its mostly London-set first half, as Ada seizes her dreams, and a little too cartoonish in Paris, where she not only wins over Huppert’s character but leads a tidy labor uprising. “Mrs. Harris Goes to Paris” stretches a bit to make high and low meet harmoniously, but it often manages the feat, thanks especially to Manville. As a force of British charm, you could imagine her Ada one day teaming up with Paddington. I mean, so long as the bear was fitted for a new duffle coat.

“Mrs. Harris Goes to Paris,” a Focus Features release, is rated PG by the Motion Picture Association of America for suggestive material, language and smoking. Running time: 115 minutes. Two and a half stars out of four. 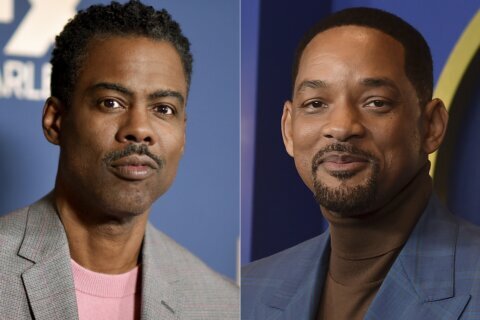 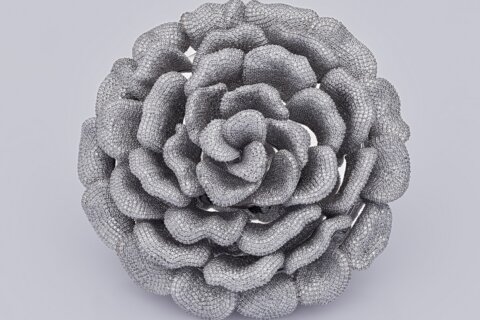