Fairfax County police are still looking for more victims of a bizarre cash-for-fake gold scheme where drivers who stop to help a fellow driver on the side of the highway end up possibly getting abducted and intimidated into draining their bank accounts.
Listen now to WTOP News WTOP.com | Alexa | Google Home | WTOP App | 103.5 FM
(1/2) 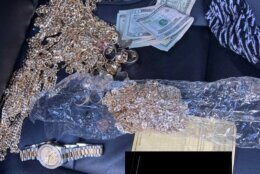 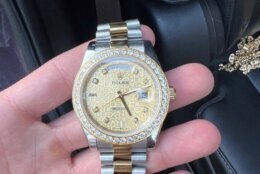 Fairfax County police are still looking for more victims of a bizarre cash-for-fake gold scheme where drivers who stop to help a fellow driver on the side of the highway end up possibly getting abducted and intimidated into draining their bank accounts.

Three people have been arrested in the Virginia county for charges that include abduction and robbery.

Maigdelena Mazil, 39, Hagi Voinescu, 36, and Romeo Voinescu, 23, all from Baltimore, Maryland, are accused of targeting a man heading home on the Capital Beltway in October.

The police said on Oct. 29 the victim saw the group stranded on the side of the road and stopped to help. Mazil told him they needed money to continue their trip, offering him a watch and fake gold jewelry and convincing the victim to go to an ATM for cash in exchange for the jewelry.

The two men followed the victim and Mazil in a black SUV, police said. They said the victim quickly realized it was a scam, stopped in a parking lot and got out of his car. One of the men from the black SUV then made the victim get in the vehicle and drove him to four locations around Tysons, where police said the crew “through intimidation” forced him to empty his bank accounts.

Five days later, the police spotted the group on the side of the Dulles Toll Road. While searching the SUV, the police found a lot o fake jewelry.

The crew faces multiple charges, according to police.

It’s believed the suspects are related to other crimes in the area, police said.

Tipsters may received rewards of $100 to $1,000, if their information leads to arrests.