Fairfax County homeowners could see property taxes go up and a new tax could be levied on movie, theater and concert tickets under the Virginia county's proposed budget for next fiscal year. The proposed budget calls for increasing the real estate tax rate by 3 cents to $1.18 per $100 of assessed value.
Listen now to WTOP News WTOP.com | Alexa | Google Home | WTOP App | 103.5 FM

Fairfax County homeowners could see property taxes go up and a new tax could be levied on movie, theater and concert tickets under the Virginia county’s proposed budget for next fiscal year.

The $4.63 billion general fund budget that Fairfax County Executive Bryan Hill presented to the Board of Supervisors includes increasing the real estate tax rate by 3 cents to $1.18 per $100 of assessed value.

Hill said it’s estimated the increase would raise the average tax bill about $346.

Two-thirds of the higher taxes would go to the general fund, and one-third — about $26.5 million — would be set aside to preserve and promote affordable housing.

The increased taxes would provide higher funding for Fairfax County Public Schools, the largest public school systems in the state, and funding for police body-worn cameras.

The proposed budget would be $175.87 million more than the current budget, or 3.95% more. With grants from the federal government and state government, the total proposed Fairfax County budge would be $8.83 billion.

The school system, under the plan, would get an increase of $85.72 million or 3.65% more than the current year, but still shy of the $89.7 million the school board requested. The total proposed school budget is $3.2 billion.

Hill is asking for the county’s first-ever admissions tax — a 4% tax on movie, theater and concert tickets.

The admissions tax that would take effect in October would generate some $2.31 million to help fund Wolf Trap, the Fairfax Symphony and other arts and tourism.

Fairfax County is one of 13 counties allowed to charge an admission tax of up to 10%.

In a statement to the board of supervisors accompanying his budget proposal, Hill spoke of the need to spend more on employee compensation, affordable housing, education and environmental stewardship.

“Unfortunately, we cannot provide appropriate levels of funding in these areas with no adjustments to our tax rates,” Hill said.

Under the plan, county employees would get raises and 177 new county positions would be added.

Funding for the increase is due in part to savings in the area of fringe benefits, resulting from employees selecting lower cost health care plans. These changes have produced significant savings in the county’s share of plan premiums. Combined, savings in health insurance and retiree health benefits total more than $11 million.”

The higher taxes and spending proposals are viewed favorably by Jeff McKay, chairman of the board.

“This year’s proposed strategic plan and budget is a positive sign that the County and Board are on the same page as the community,” McKay said in a statement. “The budget is a success for Fairfax County Public Schools and for expanding affordable housing to every corner of Fairfax.”

Not all board members support the proposal.

Supervisor Pat Herrity, who represents the Springfield District, called the plan a disappointment.

“If this budget was enacted today, it would merely fund campaign-year promises on the backs of residents who are struggling to remain in Fairfax County,” Herrity said.

Fairfax County will hold budget committee meetings in March and April. Public hearings on the plan will be held April 14 to April 16. Supervisors will make changes to the plan April 28, with final adoption set for May 5.

Editor’s note: An earlier version of this article contained erroneous information about the Admissions Tax. The 4% tax would only apply to movie, theater and concert tickets. 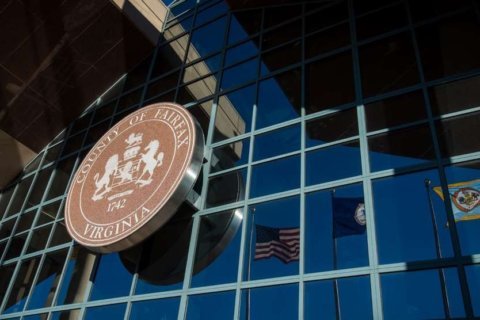