Gun safety and gun rights were top of mind at a town hall hosted by Virginia Congresswoman Jennifer Wexton at the J. Michael Lunsford Middle School Auditorium in Chantilly.
(1/3) 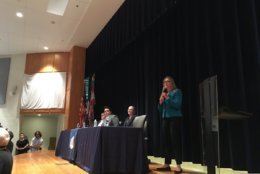 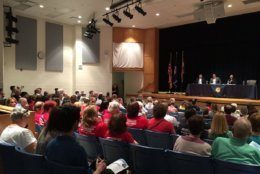 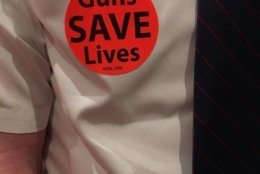 Share on Facebook. Share on Twitter. Share via email. Print.
In the wake of last month’s deadly mass shooting at a Virginia Beach municipal building that left 12 dead, gun safety and gun rights were top of mind at a town hall hosted by Virginia Congresswoman Jennifer Wexton, D-Va., at the J. Michael Lunsford Middle School Auditorium in Chantilly.

Folks with a diverse range of views on how to best approach gun violence prevention weighed in at the event.

One common thread was that no one wanted a repeat of the Virginia Beach shooting.

The gunman used a silencer or suppressor to muffle shot sounds, but not everyone was on board with Wexton’s gun silencer safety bill that was introduced to Congress on Friday.

“You, sir, know how many suppressors are out there and how few are used in crimes,” said one resident during the public comment segment. He was addressing a panel member with at least 25 years of law enforcement experience.

Another person said the employees present during the Virginia Beach shooting who could legally carry guns — but not at work — could’ve been the first line of defense to stop the shooter.

“The employees who had concealed carry permits, they could not carry. There’s a saying — I love the police, but the police are minutes away when seconds count,” he said.

The discussion, which grew heated at times, included a debate on whether a “good guy with a gun” would be able to effectively stop an active shooter.

“I do active shooter training on a regular basis,” Jody Maki, founder and owner of GirlOnFire, said. “I get an argument back from the school when we talk about putting metal detectors in the school. They continue to say they don’t want to have the appearance of being unsafe.”

“All of our shootings really happen in those suburban, high-end neighborhoods, versus the inner cities. We’ve never seen an active shooter in the inner city schools because they have metal detectors. It’s a very small budget item that can be put into every single school, not to absolutely deter every single shooter, but it is a deterrent because they don’t want to get caught,” she said.

One person at the town hall complained that the panel was one-sided, but Wexton strongly disagreed.

“These are public health and gun violence prevention experts,” Wexton told reporters after the town hall. “They know the data. They know what works and what doesn’t work.” 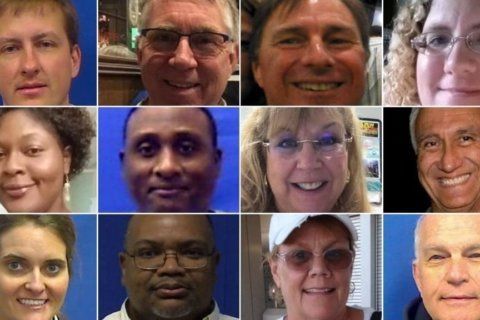