Holidays: 'Enchant' shines with millions of lights in Nats Park | Where to see holiday lights | Send in photos of decorations | How to give greener this season
Home » Fairfax County, VA News » All-girl robotics team from…

An all-girl robotics team from Fairfax County now has help paying for the trip to an international competition later this month, where they’ll represent Virginia and D.C.

“We’re super excited to be able to support you guys,” Rachel McCaffrey, the executive director of Women in Defense, told the team. “We’re really happy for you guys.”

“Thank you so much,” the girls replied in unison.

Fusion Four will compete in the 2019 FIRST (For Inspiration and Recognition of Science and Technology) Lego League World Championship in Detroit, to be held April 24-27.

The girls held a car wash last weekend to raise money for the trip; that money, and their GoFundMe campaign, now can be used for incidentals. They agreed that getting the sponsorship money takes off a lot of pressure.

“It’s coming from Women in Defense and we’re an all-girls team. They heard about it from WTOP,” said Michael Hrabak, one of the team’s coaches. “This is huge for [Fusion Four] that it’s a women’s group that’s sponsoring them to go to worlds.”

After the check presentation, McCaffrey told the girls about seeing Helen Greiner, the co-founder of iRobot, speak at an event Wednesday.

“She used to own the company, and now she works for the Army helping them do robotic development,” McCaffrey told the wide-eyed girls. “There’s so much that you guys are going to be able to accomplish; don’t let anybody tell you can’t.” 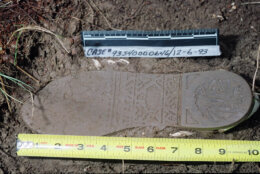 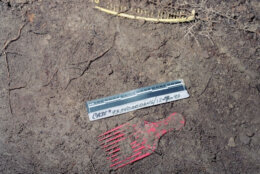 The team’s all-girl status gets a lot of attention when they compete, but it’s a growing trend.

“We actually in Fairfax County have a lot of STEM programs for girls. We have Girls Who Code programs at lots of schools. We have girls involved in robotics,” Fairfax County School Board Member-at-Large Ryan McElveen said. “It just shows that they are the future. And we’re excited to see what that brings.”

Ilryong Moon, vice chair and member at large, is convinced one thing it’ll bring is a world championship trophy back to Fairfax County. “I don’t see any distinction between boys and girls,” Moon said of STEM studies. “Girls can do as good a job as any boy can.”

If the girls come back successful, McElveen said, he and Moon will ask Superintendent Scott Brabrand to call off school for a day in their honor. 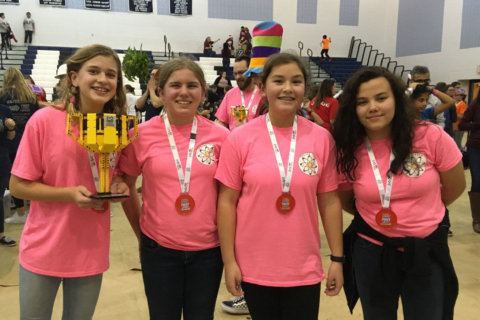