Teenagers don't typically seek out millennia-old technology. But for a group of students from Akron, Ohio, on a field trip to Mount Vernon, their archaeological pursuits led them to a historic discovery of a 6,000-year-old ax.
Listen now to WTOP News WTOP.com | Alexa | Google Home | WTOP App | 103.5 FM

WASHINGTON — Most of the time, teenagers don’t typically seek out millennia-old technology, let alone travel across the country to do so. But, for a group of students from Akron, Ohio, on a field trip to Mount Vernon, Virginia, their archaeological pursuits led them to the discovery of a 6,000-year-old ax.

The ax was found Oct. 12 along the ridge line of Mount Vernon’s African-American cemetery, an area that was also used by communities of Virginia Indians dating back 8,000 years.

“The ax provides a window onto the lives of individuals who lived here nearly 6,000 years ago,” Sean Devlin, Mount Vernon’s curator of archaeological collections said in the news release. “Artifacts, such as this, are a vital resource for helping us learn about the diverse communities who shaped this landscape throughout its long history.” 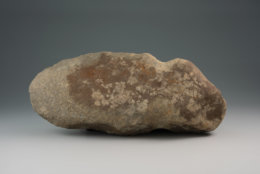 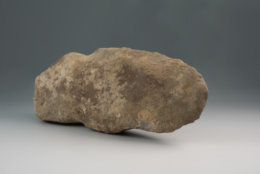 Mount Vernon’s archaeologists believe the ax, which is roughly seven inches long and three inches wide, would have been an important part of the Native American toolkit roughly 6,000 years ago, or during the fourth millennium BCE.

The ax was created ago from a river cobble that the maker chipped and ground with a hammer stone. There’s also a groove pecked along the back that would have allowed for the stone to be attached to a handle.

The artifact is particularly interesting to the archaeologists because it shows the maker’s skill and craftsmanship, Mount Vernon said in the statement.

The cemetery served as a resting place for enslaved individuals and possibly their freed descendants. But archaeological evidence shows that the location was also probably one of many temporary stopping over points for communities, Mount Vernon said.

Mount Vernon’s archaeology team began excavating the area in 2014 to document the extent of the cemetery. So far, the crew has located 80 graves.