1 dead after westbound I-66 crash

One person is dead following a two-vehicle crash along Interstate 66 Thursday morning that closed westbound lanes near Fairfax County, Virginia, for more than two hours. All westbound lanes of I-66 reopened at around 7:50 a.m.
Listen now to WTOP News WTOP.com | Alexa | Google Home | WTOP App | 103.5 FM
(1/7) 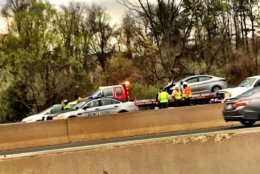 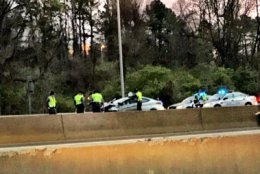 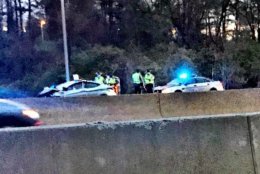 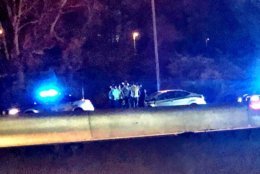 WASHINGTON — One person is dead following a two-vehicle crash along Interstate 66 Thursday morning that closed westbound lanes near Fairfax County, Virginia, for more than two hours.

All westbound lanes reopened at around 7:50 a.m. Traffic was diverted to Virginia Route 123 until 6:48 a.m.

Virginia State Police said the crash occurred shortly before 4 a.m. A 2012 Honda Civic was traveling west on I-66 when it was rear-ended by a Hyundai Elantra.

Lesly R. Coronado, 26, of Falls Church, Virginia, was driving the Civic. She died at the scene. Police found that she was not wearing a seat belt.

The driver of the Elantra — who was wearing her seat belt — was not injured.

Charges are pending, police said in a news release.

Stay with WTOP for the latest traffic report.

Get the latest traffic report