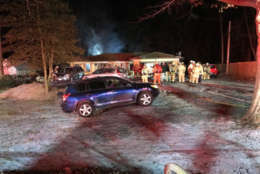 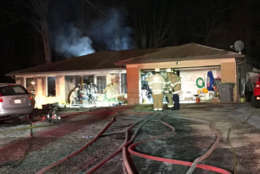 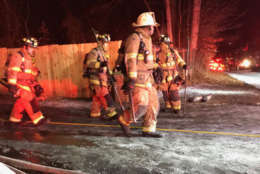 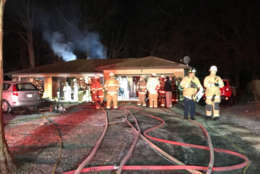 WASHINGTON — A-94-year-old man was found dead in his home after firefighters put out an early morning fire in Fairfax County, Virginia, on Monday.

Lewis Cleggett Spessard died in the fire, according to Fairfax County Fire and Rescue.

It happened in a brick, single-family house on the 4900 block of Columbia Road in Annandale. Firefighters were unable to get to Spessard until the fire was extinguished, according to Fairfax County Fire and Rescue.

Authorities received the call at around 4:20 a.m. A family member knew the man was inside the house and could be in trouble.

When firefighters arrived at the scene, fire was showing from the front and rear of the house. The fire took around 30 minutes to extinguish, according to Fairfax County battalion chief Willie Bailey.

There were around 20 to 30 firetrucks at the scene of the fire and smoke was still rising from the house as of 6:30 a.m.

The investigation into what caused the fire is and where in the house it began is ongoing.

Below is a map of the approximate location of the fire.

In addition to the fire in Annandale, firefighters in D.C. battled a blaze in Northwest just after midnight on Monday.

That fire happened in a two-story rowhouse on the 4500 block of 5th Street.

The back of the house was fully engulfed in flames, from the basement to the second floor, said D.C. Fire and EMS spokesperson Vito Maggiolo.

Firefighters were able to stop the fire from spreading to an attached home. About 75 firefighters responded to the scene.

A resident in a wheelchair was taken from the adjacent house uninjured. No injuries were reported.

Extension ladders used by firefighters were completely frozen and had to be thawed loose with flares.

“The intense cold, while it didn’t play a role in our ability to extinguish the fire, of course it made things difficult overall,” Maggiolo said.

In Silver Spring, Maryland, a house fire was quickly extinguished on Sunday night.

That fire happened at around 8:30 p.m. on Dennis Avenue. Firefighters rescued one resident who was taken to the burn unit in stable condition.

Video below was captured by Montgomery County Fire and Rescue shows the scene of the fire.