Some rabies scares in Northern Virginia are leading to a new warning from Fairfax County's Animal Control Department.

WASHINGTON — Some rabies scares in Northern Virginia are leading to a new warning from Fairfax County’s Animal Control Department.

Earlier this week, Fairfax County Animal Control officers responded to three reports of animals that have come into contact and bitten humans.

On March 3 around 11 a.m., a man reported that he was awakened by a raccoon in his home in Clifton. He told official he fought off the raccoon and was bitten during the struggle. He was able to kill the raccoon, which he transported to Fairfax County Animal Shelter and then sought medical treatment.

The Health Department said Friday that the raccoon tested positive for rabies.

Also, earlier this week, a fox bit a woman running on a trail at 8700 Potomac Hills Street in Great Falls and another fox bit a woman checking on her chickens in the 9100 block of Potomac Woods Lane near Riverbend Park.

Animal Control says it is not yet clear if the foxes in the other cases are rabid, but aggressive tendencies — similar to the ones in the local cases — are one of the signs of rabies.

Health officials say anyone who’s bitten by a wild animal should wash the wound with soap and water and go to a hospital right away.

Rabies exposure more likely from household pets than the wild 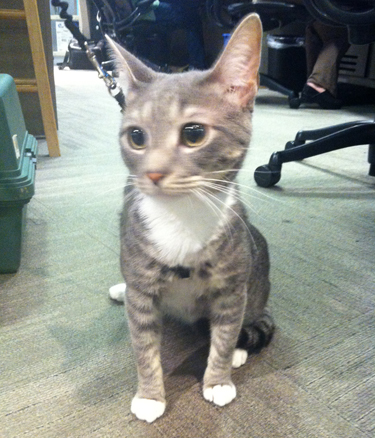